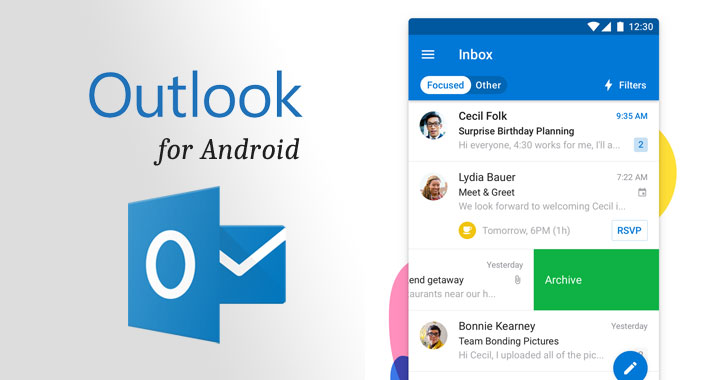 Update (22 June 2019) — More technical details and proof-of-concept for the OutLook for Android vulnerability has been released that we have covered in a separate article here.

Microsoft today released an updated version of its "Outlook for Android" that patches an important security vulnerability in the popular email app that is currently being used over 100 million users.

According to an advisory, Outlook app with versions before 3.0.88 for Android contains a stored cross-site scripting vulnerability (CVE-2019-1105) in the way the app parses incoming email messages.

If exploited, remote attackers can execute malicious in-app client-side code on the targeted devices just by sending them emails with a specially crafted message.

"The attacker who successfully exploited this vulnerability could then perform cross-site scripting attacks on the affected systems and run scripts in the security context of the current user."

The technical details or any proof-of-concept of this flaw is not yet available in public and Microsoft is currently not aware of any attack in the wild related to this issue.

If your android device hasn't updated automatically yet, you are advised to manually update your Outlook app from the Google Play Store.