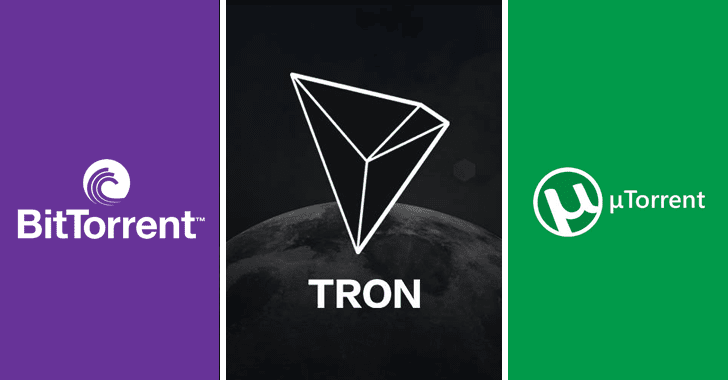 BitTorrent, the company which owns the popular file-sharing client uTorrent, has quietly been sold for $140 million in cash to Justin Sun, the founder of blockchain-focused startup TRON.

TRON is a decentralized entertainment and content-sharing platform that uses blockchain and distributed storage technology. It allows users to publish content without having to use third-party platforms such as YouTube or Facebook, and trades in Tronix (TRX) cryptocurrency.

Since BitTorrent is one of the most recognizable brands in the world for decentralized computing and peer-to-peer (P2P) networking, and TRON aims to establish a truly decentralized Internet, BitTorrent would be of great use for Sun to help achieve that goal.

There were reports that the two were in negotiations for at least a month, and just yesterday, Variety reported that BitTorrent Inc. was sold to Sun last week, but the report did not disclose the deal price.

Now, TechCrunch is reporting that TRON's founder has agreed to pay $140 million to acquire BitTorrent, without revealing any further details on how exactly Sun would utilize the company for TRON's business.

Sun first started talking to BitTorrent about a possible acquisition late last year and even signed a letter of intent to acquire the company in January with a 'no-shop' clause, which meant BitTorrent was not allowed to negotiate any other deals while the letter was valid.

BitTorrent reportedly violated the clause and Sun ended up suing the company in January, but the lawsuit was eventually dropped, and Sun created a new company called Rainberry Acquisition Inc.

Around the same time, BitTorrent Inc. renamed its corporate entity to Rainberry Inc., and on the same day, both filed paperwork reflecting a merger.

Neither TRON nor BitTorrent has shared Sun's plans for the future of BitTorrent's technology, but reportedly the move is aimed at shielding TRON's technology from allegations of plagiarism.

Also, the technology can be used in creating a potential network to help TRON mine cryptocurrencies using BitTorrent's P2P architecture and its vast user base of over 170 Million, as its popular µTorrent client was previously caught doing so.