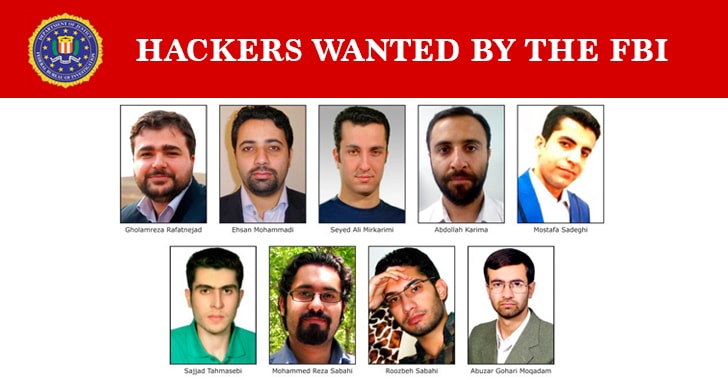 According to the FBI officials, the individuals are connected to the Mabna Institute, an Iran-based company created in 2013 whose members were allegedly hired by the Iranian government for gathering intelligence.

Though the content of the papers is not yet known, investigators believe it might have helped Iranian scientists to develop nuclear weapons.

In past four years, the state-sponsored hacking group has allegedly infiltrated more than 320 universities in 22 countries—144 of which were in the United States—and stolen over 30 terabytes of academic data and intellectual property.

The group used spear-phishing attacks to target more than 100,000 e-mail accounts and computer systems of the professors around the world, and successfully compromised 7,998 of those accounts till last December—3,768 of them at US universities. 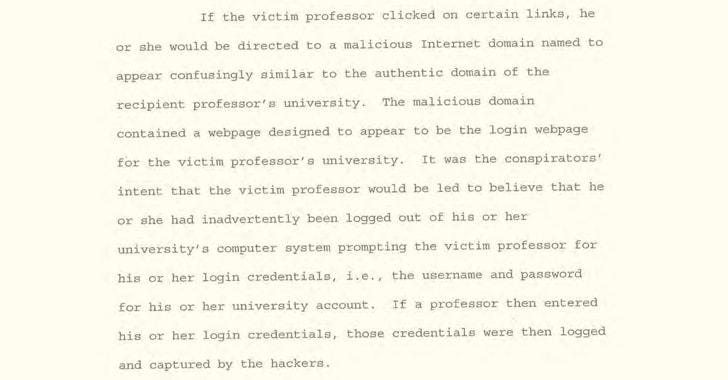 "Their primary goal was to obtain usernames and passwords for the accounts of professors so they could gain unauthorized access and steal whatever kind of proprietary academic information they could get their hands on," said the FBI agent who investigated the case.

The group then exfiltrated the academic data and sold the content via Megapaper.ir and Gigapaper.ir, Iranian websites "where customers could access the online library systems of the hacked universities."

Following are the names and roles of the nine Iranians who were charged by the U.S. federal court:

"Although it is difficult to calculate a dollar loss amount, through the course of the conspiracy, U.S.-based universities spent approximately $3.4 billion to procure and access data that the Iranians accessed for free because of their criminal activity," FBI said.

The US also imposes sanctions on "Game of Thrones" hacker


Besides these 9 Iranian hackers, the U.S. Department of Treasury has also charged a 10th Iranian hacker, named Behzad Mesri, in connection with cyber attacks against HBO and with leaking "Game of Thrones" episodes last summer.

According to the authorities, Mesri compromised multiple user accounts belonging to HBO in order to "repeatedly gain unauthorized access to the company's computer servers and steal valuable stolen data including confidential and proprietary information, financial documents, and employee contact information."

Mesri then attempted to extort HBO for $6 million to delete the stolen data.