After 27-Year Sentence, Russian Hacker Faces Another 14 Years in Prison 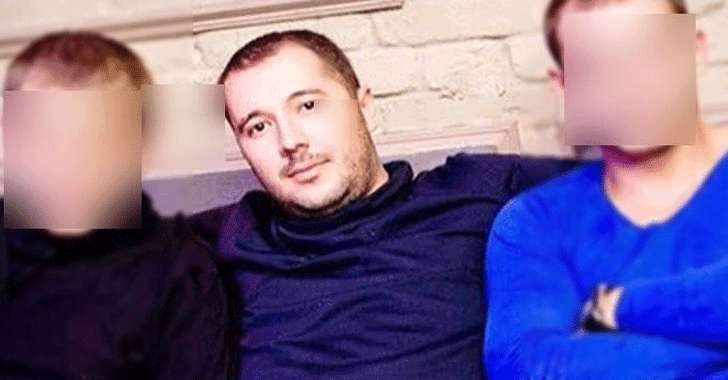 Roman Valerevich Seleznev, the son of a prominent Russian lawmaker who's already facing a 27-year prison sentence in the United States, has been handed another 14-year prison sentence for his role in an "organized cybercrime ring" that caused $59 Million in damages across the US.

In April this year, Seleznev, the 33-year-old son of a Russian Parliament member of the nationalist Liberal Democratic Party (LDPR), was sentenced to 27 years in prison for payment card fraud, causing nearly $170 million in damages to small business and financial institutions in the US.

The sentence was so far the longest sentence ever imposed in the United States for a hacking-related case.

Now, after pleading guilty in two criminal cases stemming from a hacking probe in September, Seleznev Thursday received another 14-year prison sentence for racketeering in Nevada and another 14 years for conspiracy to commit bank fraud charges in Georgia.

The sentences will run concurrently to one another as well as to the previous 27-year prison sentence for 38 counts of payment card fraud, wire fraud, hacking, and identity theft.

The Justice Department said that Seleznev admitted to helping run an identity theft and credit card fraud ring through the Carder.su website.

According to his plea agreement in the Nevada case, Seleznev admitted developing a website that allowed fraudsters and cybercriminals to easily purchase stolen credit card account data for roughly $20 per account number and advertised his site on Carder.su.


"The defendant's website had a simple interface that allowed members to search for the particular type of credit card information they wanted to buy, add the number of accounts they wished to purchase to their 'shopping cart' and upon check out, download the purchased credit card information," US prosecutors said on Thursday.

"Payment of funds was automatically deducted from an established account funded through L.R., an online digital currency payment system. The Carder.su organization's criminal activities resulted in loss to its victims of at least $50,893,166.35."

According to his guilty plea agreement in the Georgia case, Seleznev admitted that he acted as a "casher" who worked with other criminal hackers to withdraw cash using stolen bank account information.

This scheme defrauded an Atlanta-based company that processed credit and debit card transactions on behalf of banks and financial institutions.

Seleznev admitted that in pursuit of this scheme, hackers breached the company's systems in November 2008 and stole 45.5 million debit card numbers, which they used to fraudulently withdraw more than $9.4 million from 2,100 ATMs in 280 cities worldwide in less than 12 hours.

According to the Department of Justice, law enforcement authorities charged a total of 55 individuals in four separate indictments in their massive operation targeting the Carder.su organization, which they called Operation Open Market.

To date, 33 individuals of the charged individuals have been convicted, while the rest are either pending trials or on the run.

Seleznev, aka Track2, Bulba and Ncux, was arrested in 2014 while attempting to board a flight in the Maldives and then extradited to America. His arrest sparked an international dispute between the US and Russia, who characterized the extradition as a "kidnapping."

Seleznev, along with other cybercriminals, also developed a hacking scheme that leveraged automated techniques to hack into Point-of-Sale (POS) machines in retailers and install malware to steal copies of credit card numbers.

While his sentencing in April, Seleznev's father and Russian MP Valery Seleznev said that the sentence was "passed by man-eaters" and that his son was "abducted."

Russian MP also said that his "son was tortured because being in jail in a foreign country after abduction is torture in itself. He is innocent," and that he viewed the prison sentence as a life sentence as his son would never survive these much years in prison.