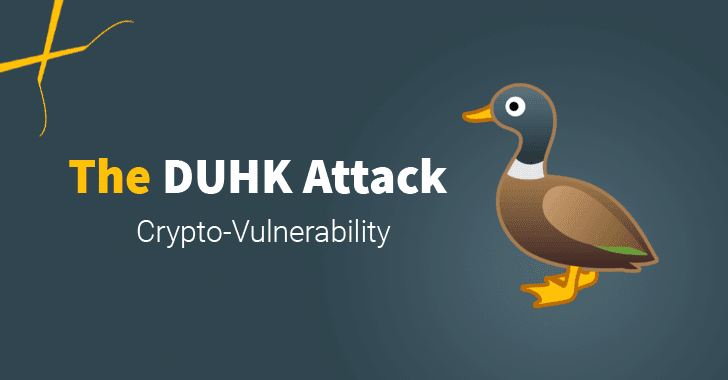 The vulnerability affects products from dozens of vendors, including Fortinet, Cisco, TechGuard, whose devices rely on ANSI X9.31 RNG — an outdated pseudorandom number generation algorithm — 'in conjunction with a hard-coded seed key.'

Before getting removed from the list of FIPS-approved pseudorandom number generation algorithms in January 2016, ANSI X9.31 RNG was included into various cryptographic standards over the last three decades.

Pseudorandom number generators (PRNGs) don't generate random numbers at all. Instead, it is a deterministic algorithm that produces a sequence of bits based on initial secret values called a seed and the current state. It always generates the same sequence of bits for when used with same initial values.

Some vendors store this 'secret' seed value hard-coded into the source code of their products, leaving it vulnerable to firmware reverse-engineering.

Using both values in hand, attackers can then use them to re-calculate the encryption keys, allowing them to recover encrypted data that could 'include sensitive business data, login credentials, credit card data and other confidential content.'

"In order to demonstrate the practicality of this attack, we develop a full passive decryption attack against FortiGate VPN gateway products using FortiOS version 4." researchers said.

"Our scans found at least 23,000 devices with a publicly visible IPv4 address running a vulnerable version of FortiOS."

Here below you can check a partial list (tested by researchers) of affected devices from various vendors: 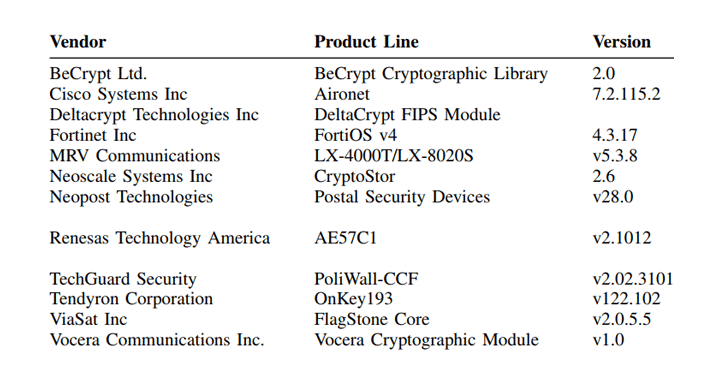 The security researchers have released a brief blog post and technical researcher paper on a dedicated website for DUHK attack.