Apple Releases Dozens of Security Patches for Everything 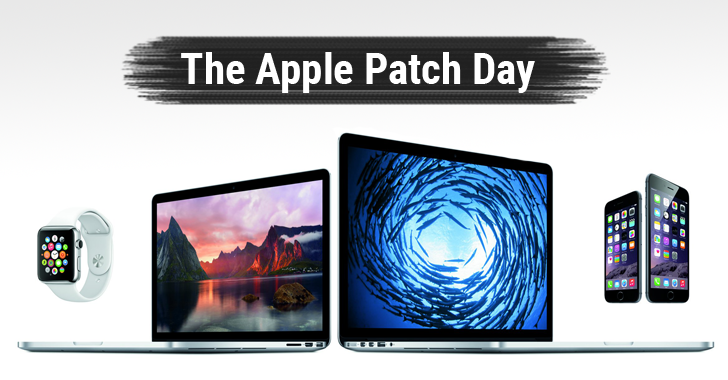 While Windows users are currently in fear of getting their systems hijacked by the WannaCry ransomware outbreak, Apple users are sitting relaxed, thinking that malware attacks are something that happens to Windows users, and not Apple.

But you are mistaken – Apple products are also not immune to the hack attacks and malware infections, as an ebook can hack your Mac, iPhone, and iPad.

Apple on Monday pushed out software updates for iOS, macOS, Safari, tvOS, iCloud, iTunes, and watchOS to fix a total of 67 unique security vulnerabilities, many of which allows attackers to perform remote code execution on an affected system.

Other flaws addressed in iOS 10.3.2 include a memory corruption issue in AVE Video Encoder that could allow a malicious application to gain kernel-level privileges, and a certificate validation issue in the certificate trust policy for handling of untrusted certificates.

Apple users can install iOS 10.3.2 by connecting their iOS devices to iTunes or downloading it directly by going to the Settings → General → Software Update.


Apple's Mac operating system macOS Sierra 10.12.5 addresses a total of 37 vulnerabilities, including a pair of bugs in iBook that allow the execution of arbitrary code with root privileges, and a separate bug in iBook that allows an application to escape its secure sandbox.

Other flaws addressed in macOS Sierra 10.12.5 include a Wi-Fi networking issue that allows the theft of network credentials, elevation of privilege bugs in both the Intel and Nvidia graphics drivers, and four different arbitrary code execution flaws in SQLite.

Rest three vulnerabilities are patched in the Safari browser itself.

The Safari 10.1.1 update can be downloaded by going to the App Store → Updates on El Capitan and Yosemite systems.


Apple Watch users should install watchOS 3.2.2 that patches a total of 12 security vulnerabilities, four of which could be used by attackers to execute remote code execution on the affected device.

Users of Apple Watch can download watchOS 3.2.2 by connecting their watch to its charger, and opening the Apple Watch app → My Watch tab → General → Software Update on their iPhone.


Apple has also released tvOS 10.2.1 to patch a total of 23 vulnerabilities, 12 of which resides in WebKit engine that could allow an attacker to perform cross-site scripting and remote code execution attacks on a target device.

The tvOS 10.2.1 update can be downloaded directly from the Apple TV by going to Settings → System → Update Software.

Apple users are recommended to update all their operating systems for Apple products and Safari as soon as possible before cyber criminals exploited them. Patches are available through automatic updates.