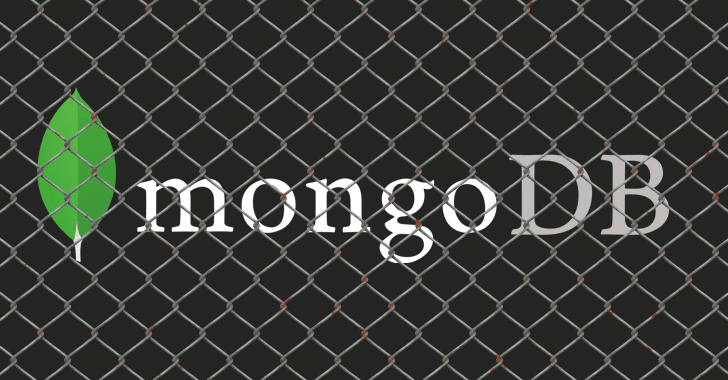 The ransomware attacks on poorly secured MongoDB installations have doubled in just a day.

A hacker going by the handle Harak1r1 is accessing, copying and deleting unpatched or badly-configured MongoDB databases and then threatening administrators to ransom in exchange of the lost data.

It all started on Monday when security researcher Victor Gevers identified nearly 200 instances of a MongoDB installation that have been erased and held for ransom, asking victims to pay hefty ransoms for the data to be restored.

By Tuesday, this number reached approximately 2,000 databases as reported by Shodan Founder John Matherly, and by Friday, Gevers and fellow security researcher Niall Merrigan updated this count to 10,500.

However, according to recent statistics compiled by Merrigan, the number of compromised systems have reached more than double to 27,000, over the course of about 12 hours.

Initial attacks saw ransoms of 0.2 Bitcoins (nearly US$184) to the attacker, of which 22 victims appeared to have paid. But now the attacker is demanding up to 1BTC (around 906 USD).

The researchers have logged some 15 distinct attackers, of which an attacker using email handle kraken0 has compromised 15,482 MongoDB instances and is demanding 1 Bitcoin to return the lost data, though no one appears to have paid.

This means that after the initial story was made public, more hackers and the group of hackers are also doing same — accessing, copying and deleting badly-configured MongoDB databases — for ransom.

Who is responsible for the MongoDB Ransomware? 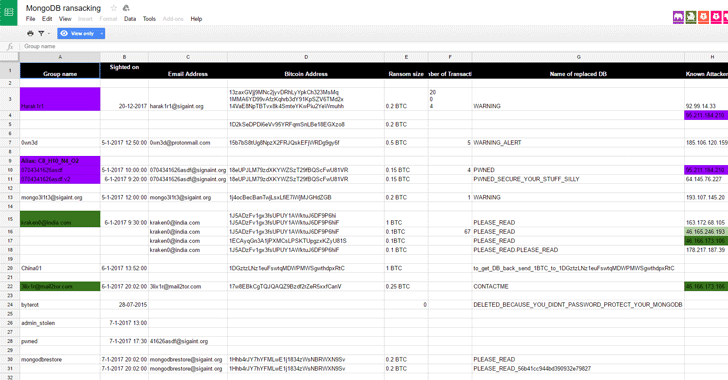 You! Yes, all those administrators who are using misconfigured MongoDB databases are the reason for this sudden spurt in these attacks.

In every case, the target MongoDB server had an administrator account that was configured without a password.

This is the case when the company provides an easy way to set up authentication in MongoDB.


Since there's no evidence the hackers had copied the data before deleting it, promises to restore the already-deleted databases in return for a hefty ransom are dubious.

People who administer websites that use MongoDB are advised to follow these steps:


Meanwhile, MongoDB developers have released an updated guide to MongoDB security, explaining these ransomware-inspired attacks and how you can detect and prevent them, along with the steps to check the integrity of your data.