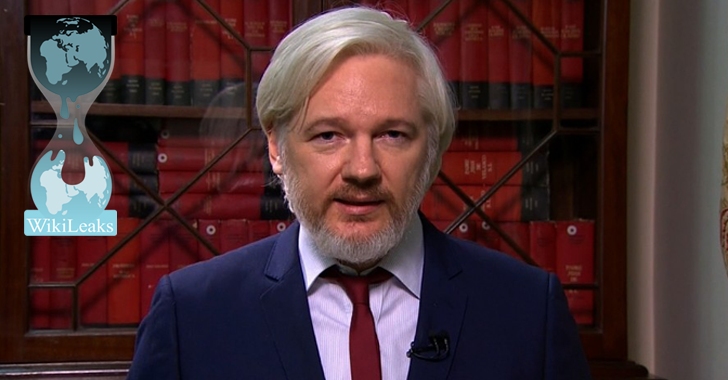 The decision of the United Nations investigation into the Julian Assange case is set to be revealed and could order the release of Wikileaks founder on February 5.

Assange has been living in the Ecuadorian embassy in London for over 3 years, after being granted political asylum by the Ecuadorian government of the South American country. 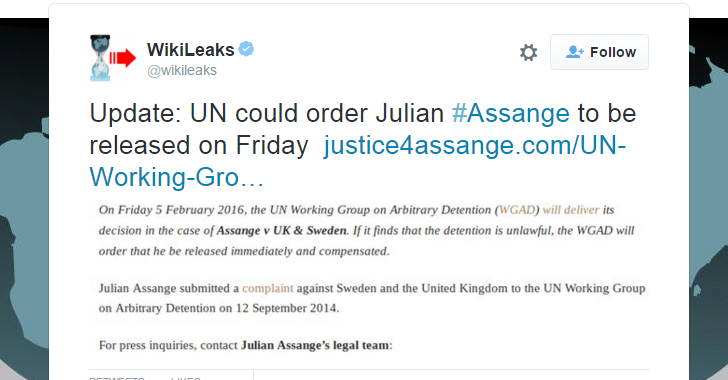 Assange has been residing in the embassy since 2012 to avoid extradition:


The leak of publishing secret documents has amounted to the largest information leak in United States history. The US also launched a criminal case against Assange following the leak.

However, Assange filed a complaint against Sweden and the United Kingdom in September 2014 that has been considered by the UN Working Group on Arbitrary Detention.

The decision on the case will be published on Friday, and if the group concludes that Assange is being illegally detained, the UN is expected to call on the UK and Sweden to release him.