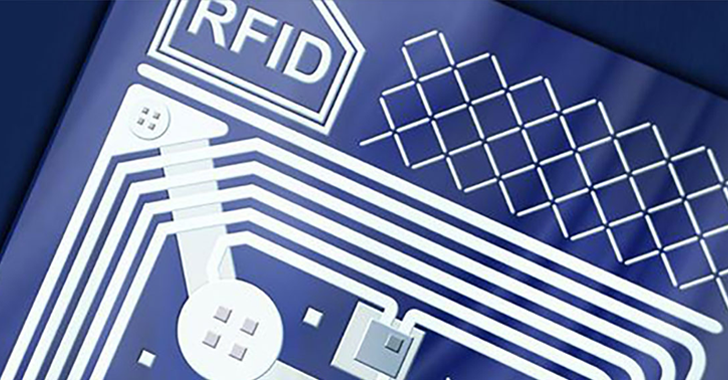 Do you know about RFID chips and how many you are carrying at this moment?

But, What actually is an RFID chip?

Radio frequency identification (RFID) is a small electronic device consisting of a chip on which data can be encoded, and an antenna used to transmit that data. It is typically used for short-distance communication of information.

The good news is:

Researchers at MIT have developed a new way that prevents RFID chips from hacking.

Although the information on RFID chip is protected with a secret cryptographic key that could thwart a casual data thief, skilled RFID hackers have repeatedly used "Side Channel Attacks" to steal information from these chips easily.

The 'side-channel attacks' are designed to extract the secret cryptographic key from a system by analyzing the pattern of memory utilization or fluctuations in power usage.

However, side-channel attacks only leak a little amount of information for each repetition of a cryptographic algorithm, so a hacker need to run the attack many numbers of times to get a complete secret key.

One way to prevent side channel attacks is to rotate the private key frequently after each transaction with the help of a random-number generator, but a skilled hacker can overcome this with a so-called "Power Glitch Attack."

Repeatedly cutting the RFID chip's power just before it changes the secret cryptographic key is known as power glitch attack.

By using this method, hackers can render the above strategy ineffective and run the same side-channel attack thousands of times, with the same key, in order to get the pattern and fetch the information from the RFID chip.

The new RFID chip developed by MIT researchers and manufactured by Texas Instruments is designed to block power glitch attacks, which is virtually impossible to hack by any current means, researchers claimed.

The new hack-proof RFID chip can resist power-glitch attacks by having:

This results in resuming of computation once the power gets restored.

"If that computation was an update of the secret key, it would complete the update before responding to a query from the scanner," the researchers wrote in a press release. "Power-glitch attacks won't work."

To achieve this, the new chip takes advantage of a material called Ferroelectric crystals that consist of molecules arranged into a lattice form where positive and negative charges naturally separate.

These ferroelectric crystals can operate as a capacitor for storing power, producing computer memory that retains data even when powered off.

However, nothing is unhackable today, so calling something "hack-proof" or "virtually impossible to hack" doesn't make sense. As hackers nowadays are so skilled that even devices that are designed on the top of security features aren't immune to hacks.

However, new technologies, like this RFID chip, that take the security of users to the next level are always a good idea and importantly required to secure the world.