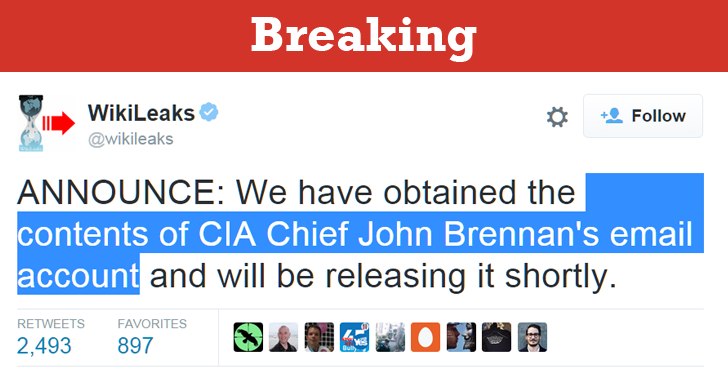 Also, Julian Assange, founder of WikiLeaks, has promised to publish them soon on their website.

Earlier this week, Brennan's personal email account was hacked by an anonymous self-described high school student, who swiped sensitive top-secret data from it.

Anonymous Teenage Hacker is motivated by opposition to American foreign policy, particularly in respect to the Israel-Palestine conflict, according to an interview.

The Central Intelligence Agency did not confirm whether the hack happened, but the FBI and Secret Services are currently investigating the case. 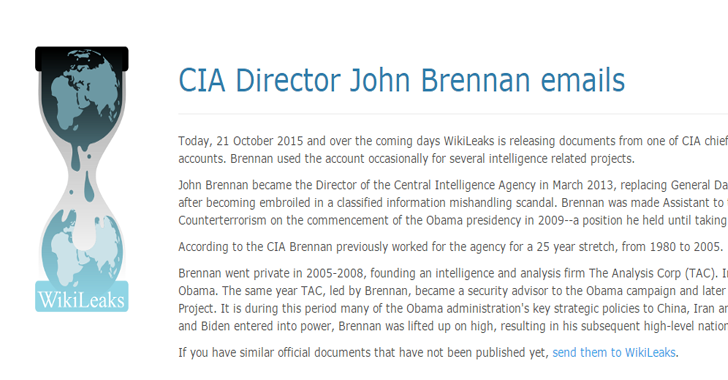 According to the organization, Brennan made use of "the [AOL] account occasionally for several intelligence-related projects," and to support the claim, Wikileaks published six documents.

The six documents stolen from an old account belonging to Mr Brennan include:

We will update this news with new information. Stay Tuned to Hacker News Facebook Page.