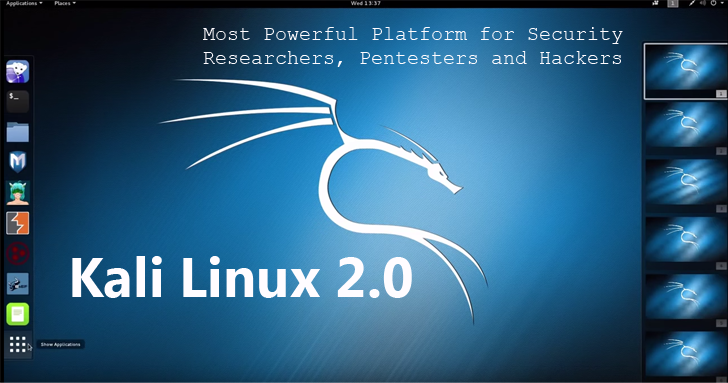 Offensive Security, the creators of Swiss army knife for Security researchers, Penetration testers and Hackers have finally released the much awaited and most powerful version of Kali Linux 2.0.

Kali Linux users can upgrade their Kali 1.x to Kali 2.0 without reinstalling whole operating system from scratch. To do this, you will need to edit your source.list entries, and run a dist-upgrade as shown below.

apt-get update
apt-get dist-upgrade # get a coffee, or 10.
reboot

Kali Linux 2.0 is available to download in following flavors...