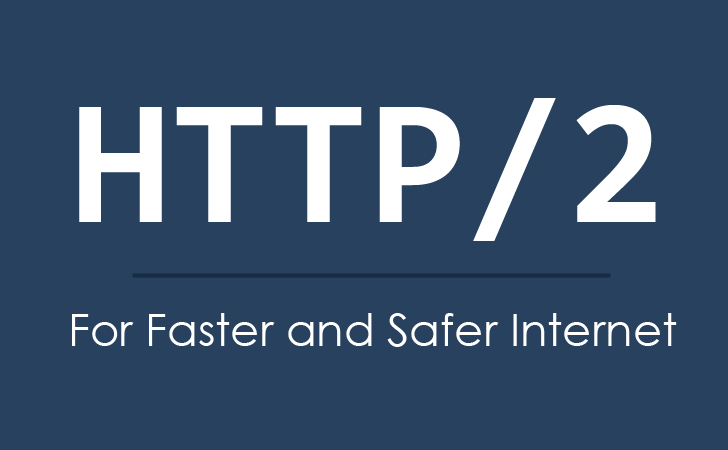 Good news for Internet folks! Get Ready as the entire web you know is about to change. The new and long-awaited version of HTTP took a major step toward becoming a reality on Wednesday – It is been officially finalized and approved.

Mark Nottingham, chairman of the Internet Engineering Task Force (IETF) working group behind creating the standards, announced in a blog post that the HTTP 2.0 specifications have been formally approved. Now, the specifications will go through a last formality – Request for comment and editorial processes – before being published as a standard.

LARGEST CHANGE IN HTTP OVER LAST 16 YEARS
HTTP, or Hypertext Transfer Protocol, is one of the web standards familiar to most as the https:// at the beginning of a web address. HTTP protocol governs the connections between a user's browser and the server hosting a website, invented by the father of the web Sir Tim Berners-Lee.

HTTP/2 is simply an update to the protocol, but is really a huge deal because the last time the HTTP specification was updated back in 1999. This means the HTTP/2 will be the first major update to the HTTP standard over the last 16 years, marking the largest change since 1999 when HTTP 1.1 was adopted that underpins the World Wide Web as we know it today.

HTTP/2 is based on SPDY protocol, a protocol introduced by Google in 2009 and adopted by some technologies including Google's own Chrome browser, Mozilla's Firefox, Microsoft's Internet Explorer, many websites such as Facebook, and some of the software that delivers Web pages to browsers.

SPDY (fittingly pronounced "speedy") was designed to speed up the loading of web pages and the browsing experience of the online users. Both SPDY and HTTP/2 use "header field compression" and "multiplexing" to let browsers make multiple requests to web servers via a single connection.

"HTTP/2 uses multiplexing to allow many messages to be interleaved together on a connection at the same time, so that one large response (or one that takes a long time for the server to think about) doesn't block others," Nottingham said.

BROWSE EVERYTHING FASTER
HTTP/2 won't replace the traditional web standard what the world knows and loves, but it is expected to help websites load faster and more securely once it's adopted a wide scale.

"Making HTTP/2 succeed means that it has to work with the existing web. So, this effort is about getting the HTTP we know on the wire in a better way, not changing what the protocol means," Nottingham wrote in a blog post last month.

PUSHES ENCRYPTION
HTTP 2.0 also brings another big change – Encryption. It was originally planned to push encryption technology called TLS (Transport Layer Security, formerly called SSL for Secure Sockets) in HTTP/2, but this was rejected because of inconvenience to certain network operators and proxy vendors by burdening them with new standards.

However, when Firefox and Chrome developers said that they won't support HTTP/2 unless it does support encryption. Therefore, Nottingham says, sites that want to get the benefit of faster browsing "will need to use TLS if they want to interoperate with the broadest selection of browsers."

WHEN WILL USERS GET HTTP/2 ?
As the specification of the HTTP/2 standard is finalized and approved, after going through some editorial processes HTTP/2 will be published and ready for adoption.

Well, to enjoy HTTP/2 on Internet depends on websites, hosting services and companies such as Google to implement the standard. For its part, Google already announced that it will adopt HTTP/2 in Chrome by early 2016. Users can also expect Firefox to follow suit, as well. More information is available in the HTTP/2 FAQ.