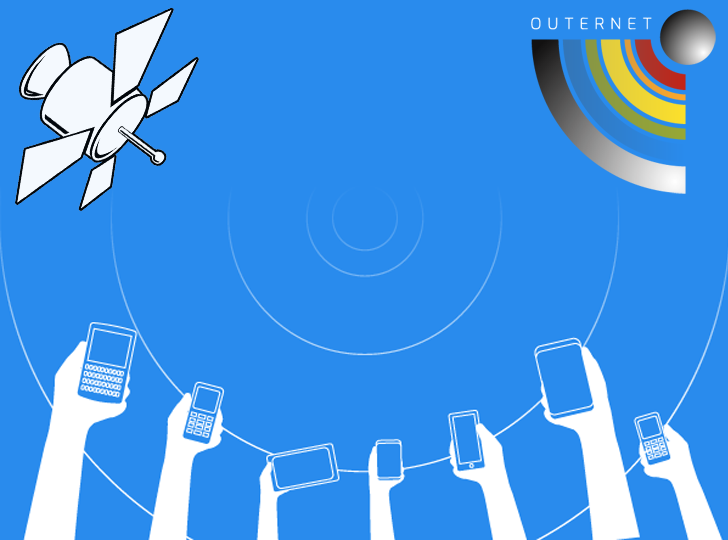 So, there is good news for all those who are still deprived of Internet services - Free Global WiFi Internet Access called 'Project Outernet'.

A Non-profit organization 'Media Development Investment Fund (MIDF)' based in New York has taken this initiative, regardless of the geographical location, the Outernet will broadcast free, bypassing filtering or other means of censorship and universal Internet all over the globe from high in orbit.

A few hundred of Low-cost mini satellites (cubesats) will be sent into the space to create a constellation in the low earth orbit. To widen the range of service area, these Cubesats will utilize universally accepted standard protocols like DVB, Digital Radio Mondiale and User Datagram Protocol (UDP) WiFi Multitasking.

Outernet is nothing but a modern version of shortwave radio, it will receive data from the Ground Stations and will transmit the received data in a continuous loop until it will receive new data.


"Broadcasting data allow citizens to reduce their reliance on costly internet data plans in places where monthly fees are too expensive for average citizens. And offering continuously updated web content from the space bypasses censorship of the Internet." Outernet says on their website.

Outernet will broadcast Global news, applications, information, educational courseware, and emergency communication services. Technical assessment of the project has been started in last December and a prototype will be tested nearly in June this year.

"By leveraging datacasting technology over a low-cost satellite constellation, Outernet is able to bypass censorship, ensure privacy, and offer a universally-accessible information service at no cost to global citizens."

MDIF is planning to enhance the ability of the service by enabling the data transmission from anywhere, depending on the availability of funds required for this feature. MDIF's director of innovation said it would take only three years and $12 billion to get the project up and running.

Google has been working on a similar project called "Project Loon - Balloon-Powered Internet for Everyone" for quite some time.

This technology seems very innovative and useful for the enhancement of the civilization of Humanity in remote areas as well, but it has its own limitation.

After such services get fully functional, all of us might face Security and Privacy Threats by relying on the technology by U.S Based Companies where the NSA wants to control and intercept everything. Till now NSA could target only 60% population with Internet access, but this may potentially allow them to target 100% audience with regular and Free Internet access.

In this era of Edward Snowden, we need to think about its other side too. What do you think about Outernet? Add your Comments.