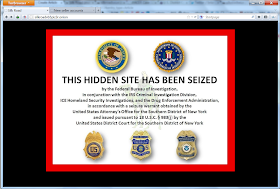 The FBI had seized a website called 'Silk Road', that was considered one of the most popular Underground places on the Internet for buying drugs and other illicit goods and services.

They arrested the site's alleged founder, Ross William Ulbricht, known as "Dread Pirate Roberts," in San Francisco, who reportedly had 26,000 Bitcoins worth $3.6 million.

The FBI used information from Comcast in the investigation and collaborated with US Customs and Border Patrol, the Internal Revenue Service, the Drug Enforcement Administration, and the Department of Homeland Security.
Ross William Ulbricht, a 29-year-old graduate of the University of Pennsylvania School of Materials Science and Engineering charged with one count each of narcotics trafficking conspiracy, computer hacking conspiracy and money laundering conspiracy, according to the filing. 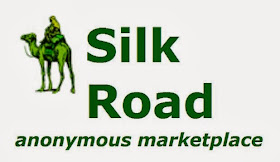 'Silk Road' website, which had operated since early 2011, also offered tutorials on hacking ATM machines, contact lists for black market connections and counterfeiters, and guns and hit men for sale, according to the charges.

Silk Road was only accessible on The Onion Router [Tor], which is an anonymous web browser that allows certain sites to operate out of reach of the authorities by routing connections through many different layers of the Internet to make identification difficult.

Ulbricht allegedly asked a Silk Road user on March 29 to murder another user who was threatening to release the names of thousands of Silk Road users, court papers say.

The FBI also cites Ulbricht's LinkedIn profile, in particular its summary which points out his motivation in operating the drug marketplace:

"I love learning and using theoretical constructs to better understand the world around me. Naturally therefore, I studied physics in college and worked as a research scientist for five years. I published my findings in peer reviewed journals five times over that period, first on organic solar cells and then on EuO thin-film crystals. My goal during this period of my life was simply to expand the frontier of human knowledge.

Now, my goals have shifted. I want to use economic theory as a means to abolish the use of coercion and oppression [sic] amongst mankind. Just as slavery has been abolished most everywhere, I believe violence, coercion and all forms of force by one person over another can come to an end. The most widespread and systemic use of force is amongst institutions and governments, so this is my current point of effort. The best way to change a government is to change the minds of the governed, however. To that end, I am creating an economic simulation to give people a first-hand experience of what it would be like to live in a world without the systemic use of force."

The Silk Road's shutdown news appears to have hit the value of Bitcoin and the currency has fallen around 20 percent.

In recent months, federal authorities charged seven people believed to be linked to Liberty Reserve, another virtual currency, which prosecutors described as a $6 billion money-laundering operation that facilitated a black market for everything from stolen identities to child pornography.

This is a blow for cybercrime, law enforcement officials are working the best to deal with the rampant crime, the Silk Road seizes arrived just a few weeks after the FBI admitted the attack against the Freedom Hosting.