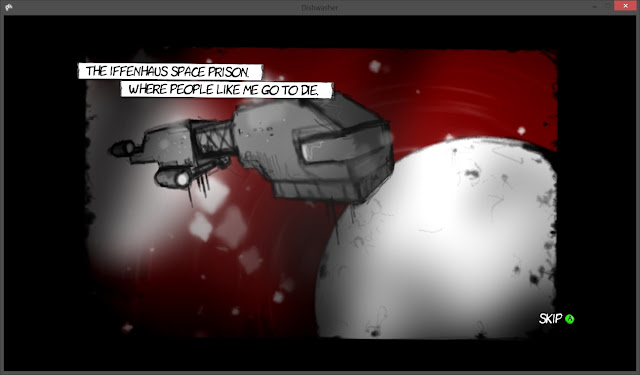 A Russian hacker who goes by the handle "Barabus" on the GameDev.ru forums illegally crack Xbox Live Arcade game The Dishwasher: Vampire Smile, developed by Ska Studios and port it on PC.

He claimed that he was justified in illegal cracking: "This is not piracy, this is restoration of justice. The authors are not very nice to publish the game exclusively for the Xbox 360, making it impossible for PC gamers to play in such a great game."
The port is currently in beta and has no permissions from Ska Studios to even exist. But this isn't a problem, according to the developer, as they say they're not stealing anything from Ska Studios.
In the same forum post, the game's creator Ska Studios founder James Silva said: "I guess you could say my reaction is mixed. I'm flattered that there's this much interest in Vampire Smile on PC. I'm not mad about the crack itself, in fact, I'm actually pretty impressed. But I'm bewildered by the cracker's attempt to justify the morality of it. He assumes a lot about why Vampire Smile's not on PC yet, and he could have cleared up a lot of those assumptions by just emailing me. I get that piracy is a service problem, but that's a consequence, not a justification."
Barabus argued that porting the exclusive game to PC was fair because their not making money from it. Details on any sort of legal action have not been revealed, and it will be interesting to see if Ska Studios releases another Dishwasher game for both PC and Xbox 360 in consideration of Barabus.