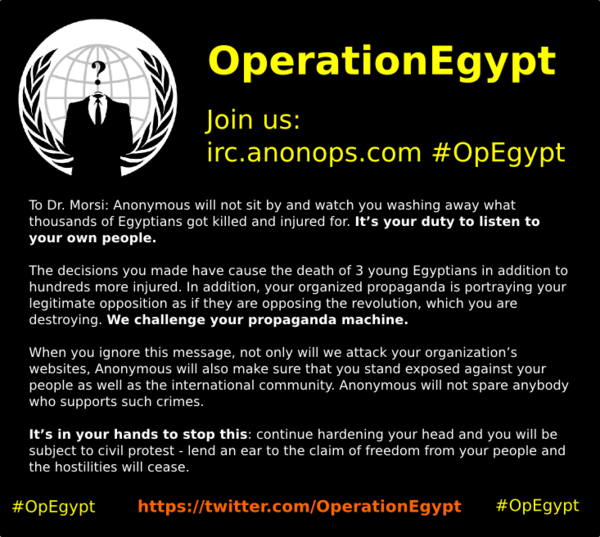 At the time of writing, many sites has been restored, but a few like https://www.presidency.gov.eg/ is still under maintenance. The Reason of Hack is mentioned in the banner shown above, was posted their facebook page.

Readers can find list of sites under attack at Pastebin Note here.