Oct 05, 2012Mohit Kumar
A group of hackers identifying itself as "Ghost Shell" said that he has leaked some 120,000 pieces of information from 100 universities across the globe including Harvard University and the University of Cambridge.

Today reports says that Servers at the University of Tokyo and four other major universities in Japan have apparently been attacked by hackers, and same hacker release IDs and passwords from databases.
Officials at the University of Tokyo confirmed that the e-mail addresses, names and telephone numbers of people who appear to be students and professors were leaked. The information was stored on four computer servers at the university. The university has closed the sites from which the information was stolen. Officials at Kyoto and Tohoku universities said they had not confirmed whether personal information had been leaked.
The Ministry of Education, Culture, Sports, Science and Technology has launched an investigation into the domestic cases following consultations from the targeted universities. The group was apparently influenced by the international hacking group "Anonymous," according to the Cabinet Office. 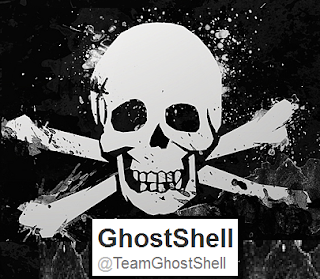 In June, when the new illegal downloads law was passed, those belonging to Anonymous defaced the Japanese government's Ministry of Finance websites, altering pages to protest the law's harsh punishments.
In the past, Ghost Shell is said to have unleashed online attacks on the U.S. government. The group has criticized educational systems around the world and claimed that it leaked information in order to call attention to its cause.