They post a set of messages with pictures, reflecting the group's condemnation of recent events including the government's approval of 51% FDI in multi-brand retail, diesel price hike, corruption, the cartoon controversy, and the Kudankulam Power Project, among others. 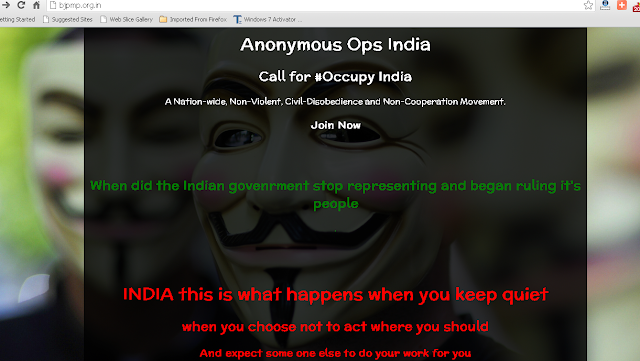 The group also posted a YouTube video with a message from anonymous:
Video Saying that the group's been observing the deteriorating condition of free speech in India, and the government's attempts to block social media.
Last month, Anonymous Operation India (AnonOps India), had defaced the online magazine of the Indian Youth Congress Yuvadesh.com, in support of India Against Corruption and protests against alleged internet censorship by the Indian government.