Skype privacy bug that can Send Messages To The Wrong Contacts 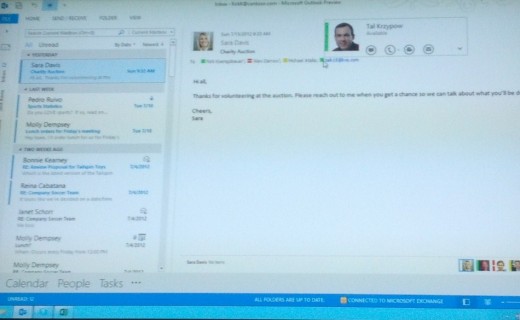 What if when you sent a message to someone, it had a very good chance of going to someone else in your contact list? That would be pretty scary right? That what some Skype users are reporting.

The bug was first discussed in Skype's user forums, and seems to have followed a June 2012 update of the Skype software. Skype has confirmed the bug existence and that a fix is in the works. However, the company characterizes the bug as "rare."
Purchased by Microsoft last year for $8.5 billion, the Luxemburg company which has as many as 40 million people using its service at a time during peak periods, explained that messages sent between two users were in limited cases being copied to a third party, but did not elaborate further on the matter.
Five other individuals of the Microsoft-owned program confirmed they were also seeing instant messages being sent to the wrong person from their contact list. Sometimes it's just a few messages, while other times it's a whole conversation.
Skype has, on its blog, confirmed the issue of a bug sending instant messages to wrong contacts and has promised a fix. Addressing the issue, Skype wrote, "Based on recent Skype customer forum posts and our own investigation over the past couple of days, we have identified a bug that we are working hard to fix."