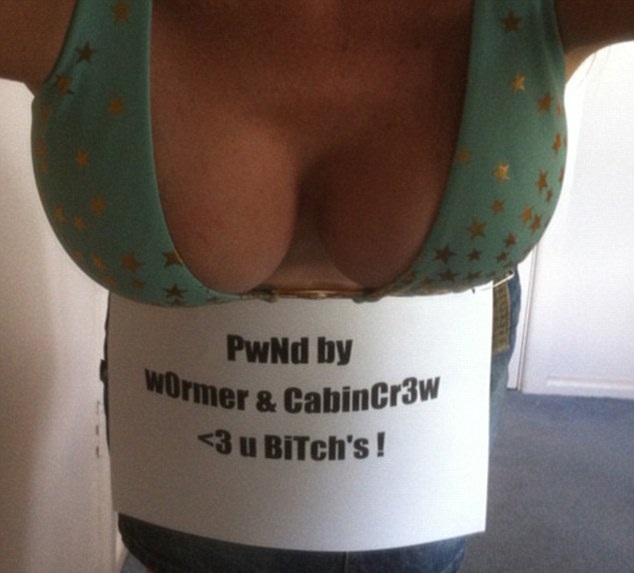 The FBI swooped on Higinio O Ochoa III after he posted the snap, which included a gloating message to his online victims.He took the picture on his iPhone and posted it on Twitter without realising it contained GPS data pointing directly to his house.
Researching the username "w0rmer", investigators also found a reference online which included Ochoa's full name. Ochoa, is an alleged member of CabinCr3w, an offshoot of the hacktivist collective Anonymous. A criminal complaint filed in connection with the case reveals that pictures of a amply proportioned young woman taken in an outer-Melbourne suburb played a key role in the case.

The snap posted by 30-year-old Ochoa shows a girl in a bikini top from the neck down, with a printed message pinned to her skirt reading: "PwNd by w0rmer & CabinCr3w"
This GPS location allowed local police to easily track down the presumed residence of the woman pictured in the photo, believed to be Ochoa's Australian girlfriend, and others like it in a similar vein promoting Anonymous. One of these featured a picture of the same woman alongside a sign stating "Come me bro! @AnonwOrmer #Cabincr3w".