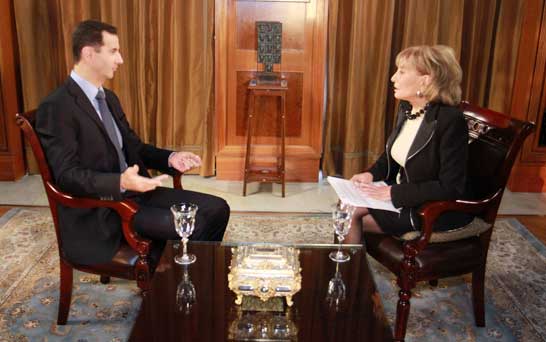 The interview took place amid Syria's increasingly harsh crackdown against civilian protesters. Assad's TV interview with Walters was memorable for his repeated denials that Syrian citizens were being killed. "We don't kill our people ... no government in the world kills its people, unless it's led by a crazy person," Assad told Walters.
[Source]