The Saudi hacker to Mossad "Don't waste your time by searching for me"!

Jan 12, 2012Mohit Kumar
The Saudi hacker to Mossad "Don't waste your time by searching for me"! 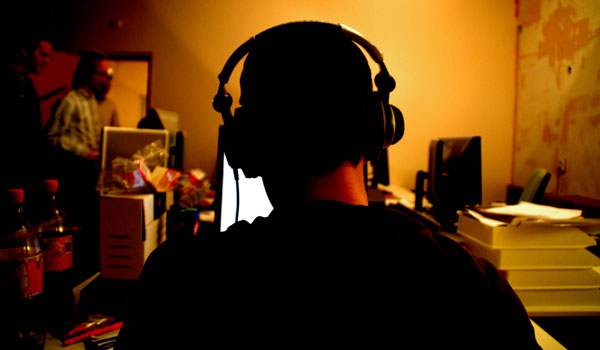 In a response to the Israeli hackers, the Saudi hacker xOmar exposed 200 Israeli credit cards and he described the Israeli hackers by idiots and he said that they published invalid credit cards.
And he asked Mossad through his website not to search for him, because they won't catch him. xOmar threatened the Israeli people by exposing 200 credit cards daily, and all of these credit cards are valid.
speaking about the latest efforts to locate his place, he said ''I've heard from some idiots saying that I am from Mexico, and another said that I am in Riyadh, and last one said that I am from Dubai" and he said to mossad in a message ''don't waste your time''

The Secretary-General of the Committee on Information and awareness of banking in Saudi banks ''Tal'at hafiz'' have told the "Arabiya.Net" yesterday that Saudi banks have now reviewed all of the data on the accounts declared by the Israeli hacker, and some of them published in the websites
He said that the Saudi banks have reviewed the accounts and found that these accounts do not belong to Saudi banks, but we must be careful when dealing with shops and commercial sites.
Complete Message by 0xOmar:
Hi
Russian intelligence closed my mail.ru email, so I have created this one. 0xOmar@gaza.net
I saw some stupids said, they've found me, one in Mexico, one in Riyadh, one in Dubai, look, let me explain my method, as I know no one can find me, I easily explain it:
I create an exploit page using a browser based exploit, I email URL and put hidden iframe to my exploit page, I infect a lot of PCs around world with my bot, my bot is coded
in C++ all by myself, it have a functionality in addition to all features of other bots, it has an encrypted SOCKS5 protocol, I can see live bots in my administrator server, I
use them to connect to other and from there to another and ... I do it sometimes 2 times, sometimes 4 times, it depends on my hurry. ISPs doesn't store details of connections
on those ports, so don't waste your time, it's for Mossad.
I use a really complicated hand-made method for hiding myself, so if you reach to Dubai, Mexico, Riyadh, Minsk, Helsinki, New York, Tel-Aviv, Haifa, Tokyo, Moscow, etc.
excellent! You found one my my poor victims.
Ok? Enough said? So stop telling my bots location to media and infecting media with false details.
My other message is to Gazza hackers who have hacked stupid Dany Ayalon's website and put a foot on his face and sent me a message.
From here, I invite all hackers of world from Islamic world to come together, it's not matter what you think, I invite all Muslim hackers to unite against Israel, the big
enemy of all Muslims.
I invite all Arab-Muslim Hackers to unite against Israel and join this war. I also invite great Turkish hackers which hack a lot of websites daily and notify them to zone-h.
Do you remember Gaza flotilla raid? Do not stay silent as you didn't stay before, let's do something in return. Let's fight for ourselves, for what we believe.
I invite all Muslim hackers to fight in two methods:
a) Hack Israeli military, intelligence and their contractors to extract sensitive and hidden information and publish them in internet. It could be even Israeli people data
like what I did to credit cards
b) Hack Israeli important sites and publish your message on them
I shout to Israeli authorities and people, you are not safe from me and Muslim hackers. We'll fight all of our live against Israel, we'll harm you in any way we can.
From now, I shout to all Israeli people, daily I'll publish 200 credit cards of Israeli people. All people who's interested in fresh working credit cards, join our movement,
subscribe to our page to receive daily 200 credit cards. Using this method, Israeli banks shred all sites in a day and people will be able to purchase all they want.
So my last message to world, let's destroy Israel and have a free Palestine without enemies.
Poor stupid asshole Israeli hackers, they killed theirself, they did their best and published 200 not working expired wrong name without CVV cards, that's nothing
I'll publish daily 200 with all details 100% working cards.
Don't force me to publish more per day