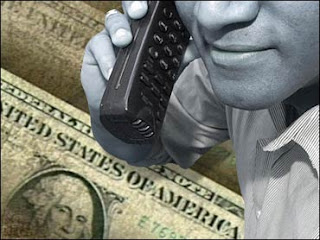 Six people from London and the North West were being questioned by police on Friday in connection with a £1 million phishing scam that drained the bank accounts of hundreds of UK students. That is a lot of beer and book money, and the police said that hundreds of students had been caught out by the scammers. Today the Metropolitan Police said its Police Central e-Crime Unit (PCeU) arrested the suspects yesterday after four months of investigation.
On Thursday, the police arrested a 38 year old man in Bolton; a 26 year old man and a 25 year old woman in Manchester; a 25 year old man in Deptford, London; and a 49 year old woman and a 31 year old man in Stratford, London. Police also seized computers and equipment from premises in London, Manchester and Bolton.
The police said that on average the scammers, four men and two women, took amounts of money ranging from £1,000 to £5,000 at a time. They have been arrested on suspicion of conspiracy to defraud and committing Computer Misuse Act and money laundering offences.
Traditional phishing attacks occur when online fraudsters try to access personal data such as usernames, passwords and credit card details by masquerading as a trustworthy entity in an online exchange, while malware is malicious software installed on a computer, which enables cybercriminals to access and use that computer for criminal purposes.