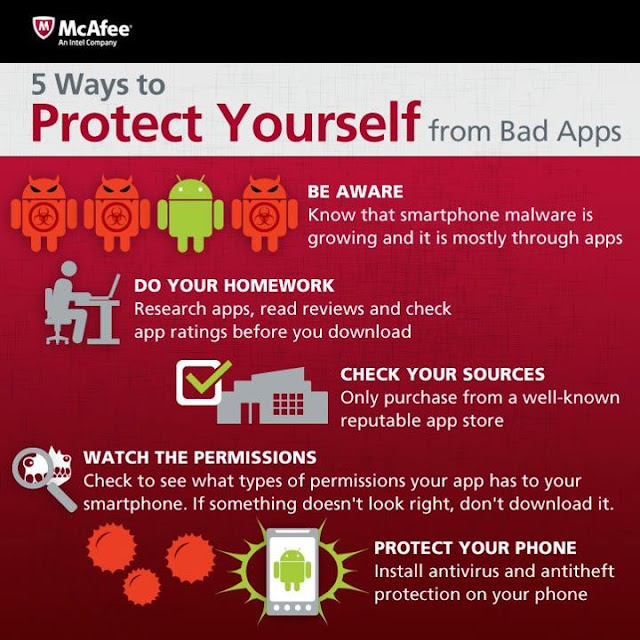 Malicious applications are one of the most serious threats to smartphone users today. Not only can a dangerous app infect your phone and steal your personal information, it can even spy on you. Read our five easy tips for avoiding bad apps, and keep your device and information safe.
An Android developer recently discovered a clandestine application called Carrier IQ built into most smartphones that doesn't just track your location; it secretly records your keystrokes, and there's nothing you can do about it. In this digital age, privacy is more important than ever. Just because you "don't have anything to hide," does not mean that you shouldn't value your privacy or fight for it when companies do things like this, especially with something as personal as your cell phone.
McAfee has come up with five "Common sense" practices that you might not have thought about before, but they actually do make sense for the most part.
Here's a look:
This last one actually be the most crucial one that people are missing. McAfee argues now that because smartphone and tablet sales are eclipsing those of desktops and laptops, cyber crime is surging in the mobile sector.