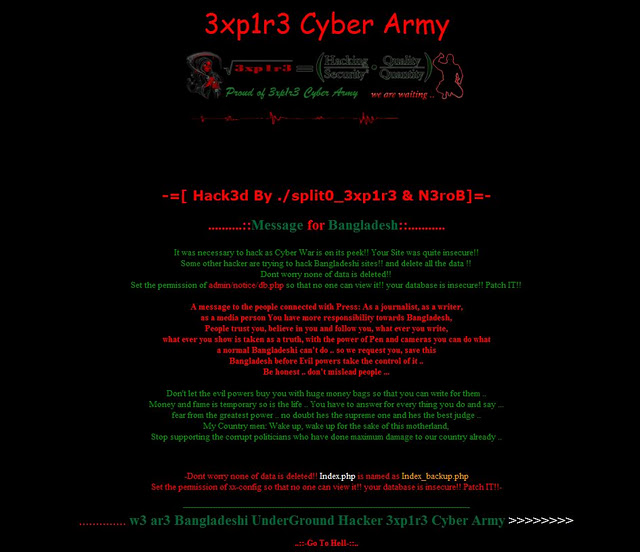 The official website of the Supreme Court was hacked yesterday.Information technology experts of the court, however, recovered it around 8:00pm. According to the message posted on the site, the hackers identified themselves as "Bangladeshi UnderGround Hacker 3xp1r3 Cyber Army".They, however, claimed that all the data is safe and not being tampered with or deleted."Some other hackers are trying to hack Bangladeshi sites!! And delete all the data !! (sic)," they warn.
Head of IT department of the apex court Quddus Zaman confirmed the restoration of the site, www.supremecourt.gov.bd. Earlier, Supreme Court registrar A K M Shamsul Islam told , "A person from Singapore called me up in the morning and said the website of the Supreme Court has been hacked. Several others also phoned me later and complained about it."