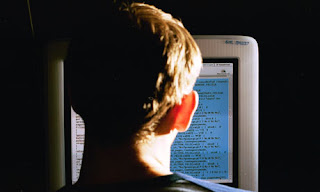 A student has been charged with involvement in cyber attacks by the hacking group Anonymous against companies that withdrew online payment services from WikiLeaks. Peter David Gibson, from Hartlepool, will appear before magistrates at Westminster magistrates court in London on 7 September, accused of conspiracy to do an unauthorised act in relation to a computer, Scotland Yard said.

Mr. Gibson had been arrested this year along with five others by officers investigating denial-of-service attacks against several companies, the police said. Gibson has been charged with conspiracy to "do an unauthorised act in relation to a computer, with intent to impair the operation of any computer or prevent or hinder access to any program or data held in a computer or to impair the operation of any such program or the reliability of such data," said the Metropolitan police. That is contrary to Section 1(1) of the Criminal Law Act 1977. The police did not cite the Computer Misuse Act, which is more usually applied in cases relating to computing.

A related investigation into LulzSec, an Anonymous splinter group that attacked corporate and government websites including those of the CIA and Soca, has seen three teenagers arrested. Two of them have been charged.