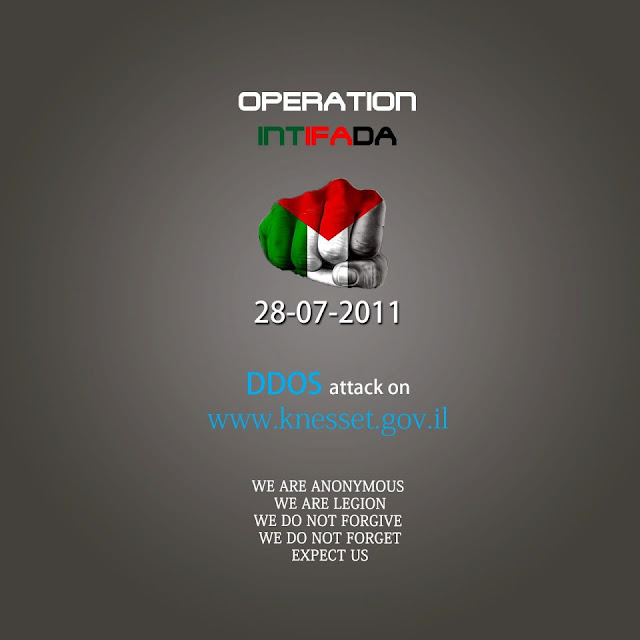 The latest target of Operation Anonymous, which following the dissolution of LulzSec is the last substantial non-amorphous hacker collective left out there, could lead to some substantial geopolitical fallout. That is because the target of the just announced upcoming DDOS attack is none other than the Israeli Parliament, the Knesset, and while Israel has allegedly been happy to dispense hack attacks in the past, the onslaught on the Iranian nuclear power plant courtesy of the Stuxnet virus coming to mind, we doubt it will as happy to be seen on the receiving end of decentralized computer warfare.