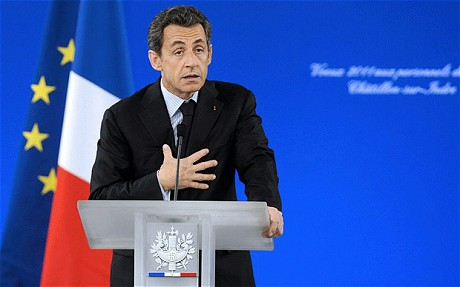 Hackers have attacked Nicolas Sarkozy's official Elysee Palace website to create a game video game called 'Get Him Out'. Under the formal banner introducing the site, a cartoon image of the French president was pictured on a go-kart heading towards the gates of the palace. For each click on a Facebook 'like' button beside the game, the French leader moved one step closer out into the street.

The instructions to the game read: "The more you click, the faster we can get little Nicolas out!". The Elysee palace confirmed a hacking attack had taken place on Tuesday night, but that the 'problem' had been fixed by 7am on Wednesday. A spokesman added: "The hackers took advantage of an old software system to temporarily re-route the welcome page."
[Source]