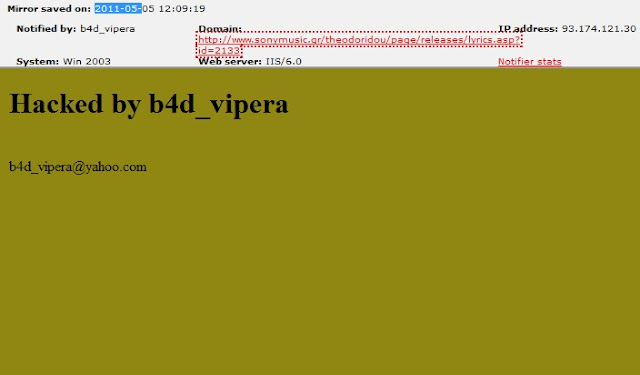 Yesterday , we have reported that On 5th May, 2011 - Sony BMG's Greek website was also got hacked. One of Them Provided the Full extract database from the site. b4d_vipera was the hacker who Deface the site using SQL injection method. There are 8385 users on this website. Sample of hacked Database was leaked at https://pastebin.com/WqLysjiN . This was 7th Attack on Sony.