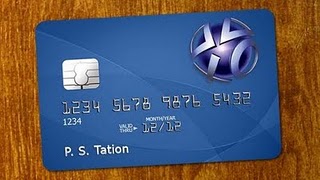 For more than two weeks, the PlayStation Network has been offline. PlayStation 3 and PSP owners have been unable to connect to the Internet, play games online or download new titles. Sony's working on a fix, user data has been compromised, and everyone has something to say on the matter.

However, it's important to understand how we got here. Below is the timeline of the PSN outage. This chronicles what led to this problem and what has happened since it occurred.


2 April: Anonymous, the online activist collective, begins Operation:
Sony, a series of denial of service attacks on Sony websites that it says are in defence of free speech.

11 April: Sony announces the case has been settled out of court and that George Hotz has agreed to take down his website.

13 April: Anonymous says it will intensify its attacks and calls for a day of protest on 16 April. "In the eyes of the law, the case is closed, for Anonymous it is just beginning… prepare for the biggest attack you have ever
witnessed, Anonymous style," it says in a video message.

26 April: Sony publicly discloses the PlayStation Network breach and says it has called in the FBI.

1 May: Investigators discover the breach of Sony Online Entertainment and Sony shuts it down. Separately, Japanese Sony executives bow in apology for the PlayStation Network breach.

4 May: Kazuo Hirai, Sony's chairman, tells a US Congressional committee that the hackers left a calling card
implicating Anonymous. Investigators found a file named "Anonymous" with the motto "We are Legion. He also says the collectives denial of service attacks made it easier for the hackers to breach security.

"Security teams were working very hard to defend against denial of service attacks, and that may have made it more difficult to detect this intrusion quickly – all perhaps by design," Mr Hirai says.

4 May: A press release purporting to come from Anonymous denies credit card theft but does not directly deny hacking Sony's systems or stealing personal data.

"We are trying to fight criminal activities by corporations and governments,
not steal credit cards," it says.

5 May : Hackers announce to give 3rd big hit to sony soon !