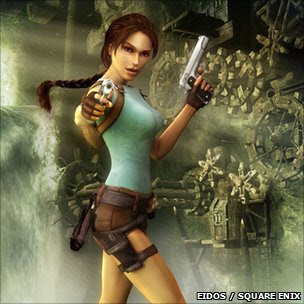 "Square Enix can confirm a group of hackers gained access to parts of our Eidosmontreal.com website as well as two of our product sites. We immediately took the sites offline to assess how this had happened and what had been accessed, then took further measures to increase the security of these and all of our websites, before allowing the sites to go live again," Square Enix said in a statement sent to VG247.

However, the company insists that while personal data such as up to 25,000 email addresses and resumes for jobs at Eidos Montreal – of which 350 were accessed – no credit card data was stolen due to the websites not holding any such data.

"Eidosmontreal.com does not hold any credit card information or code data, however there are resumes which are submitted to the website by people interested in jobs at the studio. Regrettably up to 350 of these resumes may have been accessed, and we are in the process of writing to each of the individuals who may have been affected to offer our sincere apologies for this situation," the statement continues.

"No dissemination or misappropriation of any other personal information has been identified at this point.

"We take the security of our websites extremely seriously and employ strict measures, which we test regularly, to guard against this sort of incident."

Such an attack follows the one that has seen PlayStation Network gone down for nearly up to a month. Its thought that the hackers who carried out the attack on the Eidos and Deus Ex sites had origins from Anonymous.