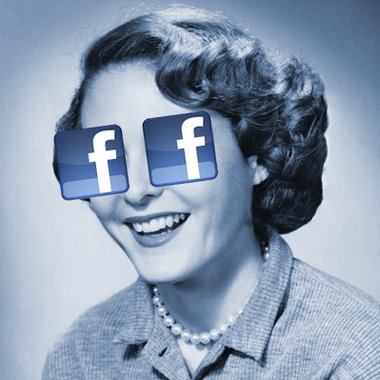 A 26-year-old man faces 13 felony charges after being accused of hacking into Facebook accounts, stealing photos of young women and posting them on porn sites, reports the Kansas City Star.
Along with content belonging to the 13 young women (ages 17 to 25), Timothy P. Noirjean is accused of victimizing, investigators found 92 folders on his computer containing names or photos of women, as well as 235 email addresses with security information. Noirjean confessed to accessing more than 100 Facebook accounts, and told police he was unaware that it's a crime.
The shocking thing here isn't that there are predators on the Internet, that Noirjean claims ignorance of the law, that police arrested Noirjean in his parents' basement (which, according to the report, they totally did) or that young ladies of today have porn-worthy photos of themselves in unencrypted files on their computers. It's that Noirjean carried out his crimes largely with the unwitting help of his victims:

According to the complaint, a 20-year-old woman from Oakdale told police in February 2010 that someone had accessed her personal information after pretending to be a friend through Facebook. The woman said she was exchanging instant messages with somebody she thought was her friend. The woman was logged off her Facebook account while messaging, but when she tried to log in, she was told her password had been changed.
The next day, the woman was able to access her Facebook page. But in a link to a website on a message from the woman she thought was her friend, she discovered a sexually explicit website, the complaint said.
There, she found three photos of herself that had been stored in her e-mail account. Her first and last names and city of residence also were listed.

Any security expert will tell you we are a people largely given to ignoring (but still complaining about) our privacy settings, friending anyone on Facebook who asks, and we are notoriously unimaginative with our passwords.

While the report doesn't specify how Noirjean got the women to spill the answers to their security questions, one might speculate he found ways to work mom's maiden name, first pet and the street the victim grew up on into the conversation.

Once Noirjean used the security answers to get a new password to the account, his grift got easier. He could log on as the victim and IM her friends. The woman who filed the original report told police "she unwittingly disclosed the information while exchanging messages with the person she thought was her friend," reports the Star. "When investigators questioned the friend, she said that passwords to her Facebook and e-mail accounts had been changed without her knowledge the previous day."

If this sounds familiar, it's because Noirjean's M.O. has a lot in common with that of George Samuel Bronk, 23, of Citrus Heights, Calif. who faces six years in prison after he was arrested for hacking hundreds of women's e-mail accounts, using their personal information to commit identity theft and obtaining nude photos of the victims. He is also required to register as a sex offender.

So what did we learn?
If the lesson you come away with here is "Dang! It sure is easy to get into someone's computer," hopefully you won't use this new-found knowledge for your own nefarious purpose.

If you're basically good, take this as a big fat example why Internet privacy is such a hot-button issue. It's not the only reason, but it's a big one. The more a scammer knows about you, the easier it is to rip you off. If you think you're smarter than the victims here, consider that scammers can use your personal information to figure out your passwords and other info without even contacting you.

At the very least, lock down your Facebook account, and double check to make sure you did it right. And if your IMing bestie starts querying about what name your mom went by when she met her first husband, for cryin' out loud, be at least a little suspicious.