Iran to recruit hacker warriors for its Cyber Army ! 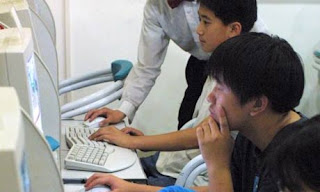 Recruiting hackers by paying them with sufficient amount of money is reportedly a part of the organisation's plan.

Meir Javedanfar, author of The Nuclear Sphinx: Mahmoud Ahmadinejad and the State of Iran, said that when it comes to projects that are important to them, "they have money."

Mohsen Sazegara, a former member of the Iranian Revolutionary Guard, said that computer experts working on piecemeal projects would not be able to figure out that they were working on a government cyberattack plan.

"It's a process. They write complicated programs and divide and subdivide the work in such a way that even a highly qualified person might not know the end results. So they (the regime) can recruit many people who would not know that the end result of their work might be a computer worm," Sazegara added.

He also claimed that the regime pays up to 10,000 dollars per month for computer experts.

One of the active cyberwar groups, Iran's Cyber Army, has already claimed responsibility for attacks against the sites of some opposition groups.

Sazegara said that his website has been attacked by the Cyber Army, which he said also targeted the Voice of America. He however said that it is not clear whether the government was behind the group. (ANI)