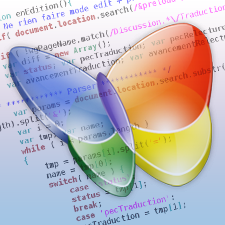 Microsoft has said that its Hotmail service will analyse email and present certain forms of content in a way that it believes is the "most common things people do when they receive the email". This means that groups of images will automatically be put into a slideshow or videos will be embedded directly in emails from simple Youtube links.

In a bid to keep users on Hotmail's website, Microsoft has launched a sandboxed environment that it says will allow partners to "insert dynamic content that is up to date and interactive with common tasks through the use of Javascript". And here we thought HTML emails were bad enough.

Microsoft is labeling this as Active Views, a billion of which, it claims, have already been served. The firm is claiming that Active Views increase user interaction with the contents of an email. According to Microsoft, less than 10 per cent of people click on a text link, while 25 per cent click on the video controls that are presented by Hotmail's Active Views.

Email service providers such as Microsoft, Yahoo and Google are developing such features to keep email popularity high. In recent years greater numbers of users have been opting to use instant messages and messaging systems on social networks instead of traditional email.

Whether having content displayed within your webmail inbox will keep people using email remains to be seen.