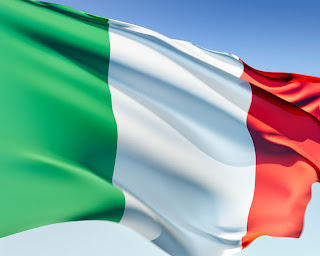 "Anonymous" announced its distributed denial-of-service (DDoS) assaults earlier in the day, saying they were launched because "the political and economic situation in Italy has become unstable."
The website (www.governo.it) did not immediately appear to be blocked.
DDoS attacks are efforts to overload websites with so many simultaneous requests that computer servers can't handle the load and freeze or crash.
Police had alerted the site and its manager of the potential attack ahead of time, allowing them to put counter measures in place.
A loose-knit group of online global hackers, "Anonymous" previously attacked government websites in Egypt and Tunisia, both roiled by anti-government protests, among other sites.
Last Thursday, it apparently zeroed in on Yemen, where the website of President Ali Abdullah Saleh, presidentsaleh.gov.ye, was inaccessible following calls by "Anonymous" members to attack it.
In December, the group also claimed attacks on the websites of Visa and Mastercard among others, in revenge for their stances regarding whistleblowing website WikiLeaks.
In its announcement on Italy, the group skewered the judiciary system and government, which it said was "implicated in prostitution, including minors," in apparent reference to a sex scandal dogging Italy's prime minister Silvio Berlusconi.