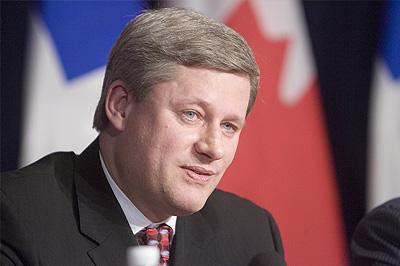 OTTAWA Federal security agencies are working to deal with cyber threats, Prime Minister Stephen Harper said Thursday.
He wouldn't speak directly to what the government calls an "unauthorized attempt" to access computer networks at the Treasury Board. The attack left civil servants in key departments without Internet access.
Jay Denney, a spokesperson for Treasury Board president Stockwell Day, said security officials have taken action against the threat in line with the government's security policy.
"There are no indications that any data relating to Canadians was compromised by this unauthorized attempt," said Denney.
Details of the federal budget, expected to be delivered next month, are also apparently still secret.