Jan 20, 2011Mohit Kumar
By mid-2010, Facebook recorded half a billion active users, making it not only the largest social networking site, but also one of the most popular destinations on the web. 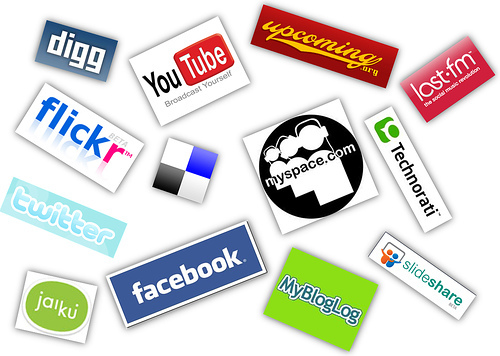 Unsurprisingly, this massive and committed user base is heavily targeted by scammers and cybercriminals, with the number and diversity of attacks growing steadily throughout 2010 – malware, phishing and spam on social networks have all continued to rise in the past year, with a Sophos survey finding that:
40% of social networking users quizzed have been sent malware such as worms via social networking sites, a 90% increase since the summer of 2009
Two thirds (67%) say they have been spammed via social networking sites, more than double the proportion less than two years ago
43% have been on the receiving end of phishing attacks, more than double the figure since 2009.
"Rogue applications, clickjacking, survey scams – all unheard of just a couple of years ago, are now popping up on a daily basis on social networks such as Facebook," said Graham Cluley, senior technology consultant at Sophos. "Why aren't Faceboook and other social networks doing more to prevent spam and scams in the first place? People need to be very careful they don't end up being conned for their personal details, or get tricked into clicking on links that could earn money for cybercriminals or infect innocent computers."

Although results vary across the individual networks of Facebook, Twitter, MySpace and LinkedIn, the latest poll suggests that half of those surveyed have been given unrestricted access to social networks at work. Paradoxically, 59% believe employee behavior on social networking sites could endanger corporate network security, and 57% worry that colleagues are sharing too much information on social networks.

"Total bans on users accessing social networking sites are becoming rarer, as more firms recognise the value such sites can bring in raising brand awareness and delivering social media marketing campaigns," explained Cluley. "If your business isn't on Facebook, but your competitors are, you are going to be at a disadvantage. But you have to be aware of the risks and secure your users while they're online."

Although 82% of the survey's respondents felt that Facebook posed the biggest risk to security, Sophos has labeled an attack on the Twitter micro-blogging network as the biggest single social networking security incident of 2010.

The infamous 'onMouseOver' Twitter worm hit the Twitter site in September 2010, and spread like wildfire. The cross-site-scripting (XSS) attack demonstrated how quickly a vulnerability on a social network can affect a huge number of users. High-profile victims included ex-Prime Minister's wife Sarah Brown, Lord Alan Sugar, and even Robert Gibbs, the press secretary to US President Barack Obama.

Undoubtedly the most high profile IT security story of 2010 was the WikiLeaks saga, which saw a number of DDoS attacks launched against companies withdrawing support for the controversial whistleblowing site.

There was also the widely reported 'Stuxnet' worm, linked with targeting SCADA systems used for industrial applications, including nuclear facilities. These exemplify the development of cybercrime from the initial stages of proof-of-concept and mischievous virus-writing, through financially motivated, organized criminal activity – undoubtedly still the primary threat – and finally a third, political motivation – a trend predicted to continue.