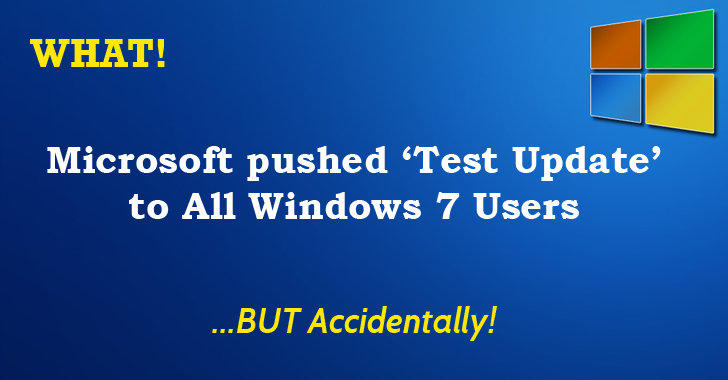 October 01, 2015Swati Khandelwal
A highly mysterious update that was pushed out to Windows machines globally was the result of a test that was not correctly implemented. Yes, Microsoft accidentally released a test patch (KB3877432) to consumer machines running Windows 7, making users believe that the Windows Update service got hacked, and they are infected with malware. However, several hours later, a Microsoft spokesperson clear the air by confirming that the company had " incorrectly published a test update " and that they are "in the process of removing it." Windows users started raising concerns on social media, Microsoft community forums, and news-sharing sites that the Update service has been compromised in some way. The rogue patch, 4.3MB in size , advertised itself as a Windows Language Pack and flagged as an " Important " update, but featured strange and inaccessible URLs and lacked any detailed information. Is My Windows PC Being Compromised? A Wi 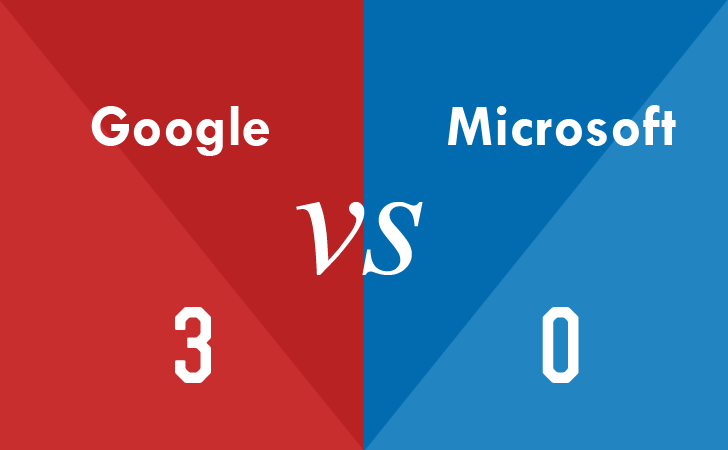 January 16, 2015Swati Khandelwal
Microsoft has heavily criticized Google and its 90-days security disclosure policy after the firm publicly revealed two zero-day vulnerabilities in Microsoft's Windows 8.1 operating system one after one just days before Microsoft planned to issue a patch to kill the bugs. But, seemingly Google don't give a damn thought. Once again, Google has publicly disclosed a new serious vulnerability in Windows 7 and Windows 8.1 before Microsoft has been able to produce a patch, leaving users of both the operating systems exposed to hackers until next month, when the company plans to deliver a fix. DISCLOSURE OF UNPATCHED BUGS, GOOD OR BAD? Google's tight 90-days disclosure policy seems to be a good move for all software vendors to patch their products before they get exploited by the hackers and cybercriminals. But at the same time, disclosing all critical bugs along with its technical details in the widely used operating system like Windows 7 and 8 doesn't appears to be a righ
Next Page 
Popular This Week
Police Raided German Spyware Company FinFisher Offices
India Witnessed Spike in Cyber Attacks Amidst Covid-19 - Here's Why?
Google Warns of Zero-Click Bluetooth Flaws in Linux-based Devices
FIN11 Hackers Spotted Using New Techniques In Ransomware Attacks
Microsoft Releases Patches For Critical Windows TCP/IP and Other Bugs
Guide: Scale or Fail — Why MSSPs Need Multitenant Security Solutions
Online Courses and Software