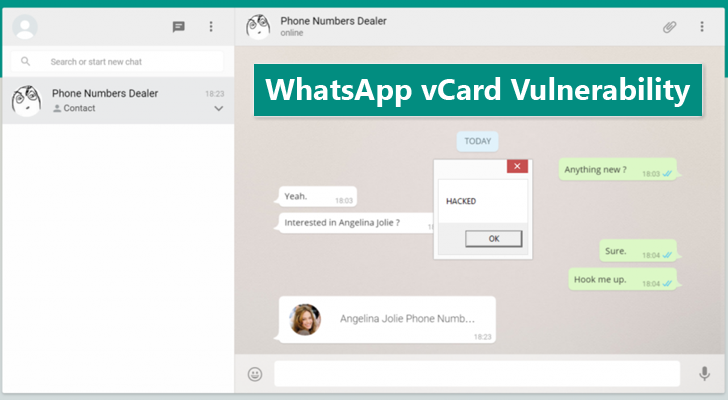 Sep 09, 2015
WhatsApp recently claimed to have hit 900 Million monthly active users , but a dangerous security flaw in the web version of the popular instant messaging app puts up to 200 Million of its users at risk . Yes, the web-based extension of WhatsApp is vulnerable to an exploit that could allow hackers to trick users into downloading malware on their computers in a new and more sophisticated way. WhatsApp made its web client, WhatsApp Web , available to iPhone users just last month, after first rolling out its web-based instant messaging service for Android, Windows and BlackBerry Phone earlier in the year. Similar to Facebook Messenger, WhatsApp Web is an effective way to experience the mobile app in a web browser, allowing you to view all of the conversations you have made with your friends – including images, audio files, videos, GPS location and contact cards – straight on your PCs. However, a security flaw discovered by Check Point's security researcher Kasif
Next Page 
More Resources