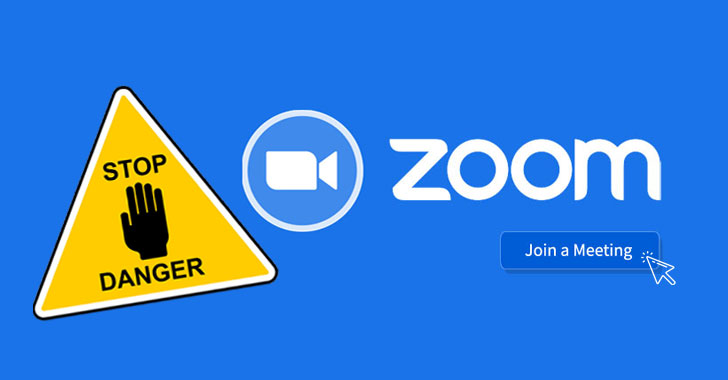 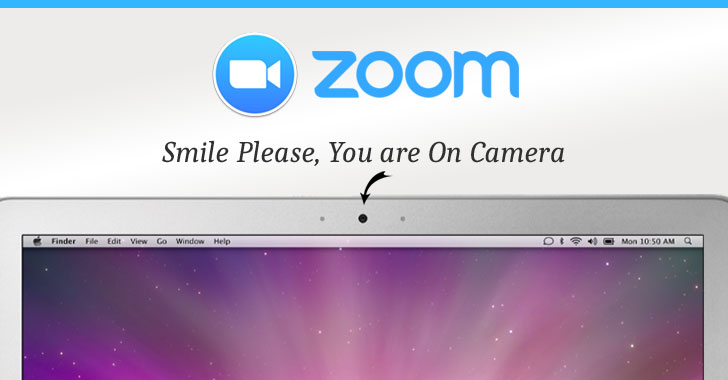 July 08, 2019Swati Khandelwal
If you use Zoom video conferencing software on your Mac computer—then beware—any website you're visiting in your web browser can turn on your device camera without your permission. Ironically, even if you had ever installed the Zoom client on your device and simply uninstalled it, a remote attacker can still activate your webcam. Zoom is one of the most popular cloud-based meeting platforms that provide video, audio, and screen sharing options to users, allowing them to host webinars, teach online courses, conduct online training, or join virtual meetings online. In a Medium post published today, cybersecurity researcher Jonathan Leitschuh disclosed details of an unpatched critical security vulnerability (CVE-2019-13450) in the Zoom client app for Apple Mac computers, which if combined with a separate flaw, could allow attackers to execute arbitrary code on the targeted systems remotely. Jonathan responsibly reported the security vulnerability to the affected company ov 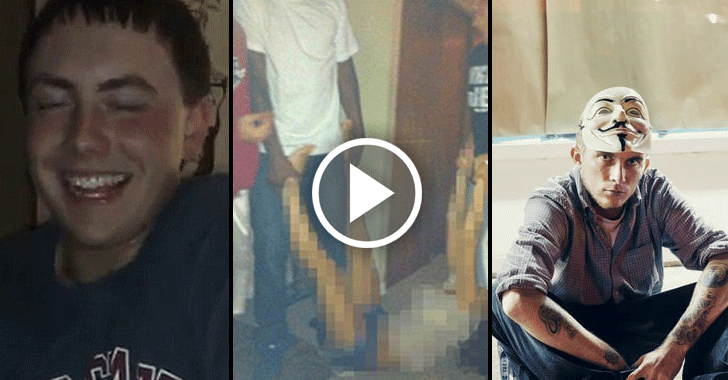 November 27, 2016Mohit Kumar
Remember Steubenville High School Rape Case ? In 2012, Steubenville (Ohio) high school's football team players gang-raped an unconscious teenage girl from West Virginia and took photographs of the sexual assault. In December 2012, a member of the hacker collective Anonymous hacked into the Steubenville High School football fan website Roll Red Roll and leaked some evidence of the rape , including a video taken and shared by the crime's perpetrators in which they joked about the sexual assault. The hack exposed information about the gang rape by two football team players — Trent Mays and Ma'lik Richmond, both 16 at the time of the crime — who were eventually convicted and sentenced in 2013 to 2 and one years behind bars, respectively, but have since been released. In 2013, the FBI raided the home of Deric Lostutter — Anonymous member, also known online as " KYAnonymous " — and seized two laptops, flash drives, CD's, an external hard-drive, cell phones a
Next Page 
Online Courses and Software