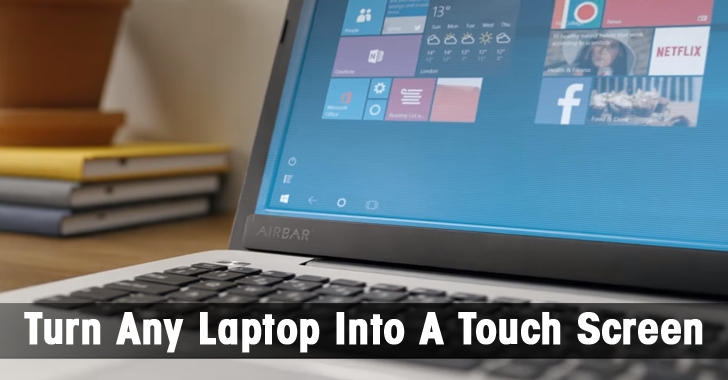 December 21, 2015Swati Khandelwal
Want to buy a touch-screen laptop but couldn't afford it? But what if I told you that you can turn your existing non-touch-screen laptop into a Touch Screen laptop? Yes, it's possible. You can now convert your laptop or PC into a touch screen with the help of a new device called AirBar . Touch screen has become a popular feature on laptops these days, and many laptops are moving toward having touch screens, but not every laptop or desktop model comes with the feature. Swedish company Neonode has brought to you a new device, AirBar, that would bring the touch technology to virtually any computer from your non-touch laptops to notebooks. What is AirBar and How does it Work? AirBar is a small plug-and-touch bar that attaches magnetically to the bottom of your machine's display. When connected to your laptop via an available USB port, AirBar starts emitting a beam of invisible light across your screen that is used to track touchscreen movements
Next Page 
Online Courses and Software