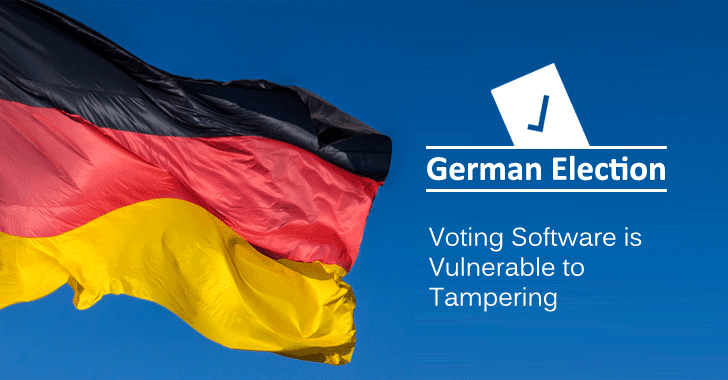 Sep 07, 2017
Germany's democracy is in danger, as the upcoming federal elections in the country, where nearly 61.5 million citizens are going to vote on September 24th, could be hijacked. Hackers have disclosed how to hack the German voting software to tamper with votes and alter the outcome of an election. Yes, election hacking is no theory—it is happening. A team of researchers from German hacking group Chaos Computer Club (CCC) has discovered several critical vulnerabilities in PC-Wahl—software used to capture, tabulate and transfer the votes from local polling centres to the state level during all parliamentary elections for decades. According to the CCC analysis, vulnerabilities could lead to multiple practicable attack scenarios that eventually allow malicious agents in the electoral office to change total vote counts. Critical Flaws Found In German Voting-Software The hacker collective found that the automatic software update module of PC-Wahl downloads packages over in
Next Page 