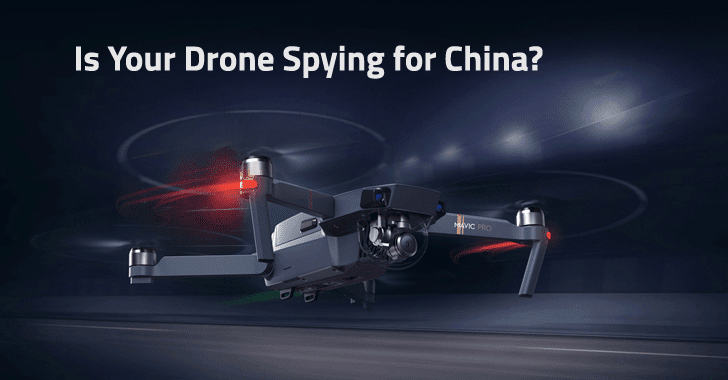 December 04, 2017Swati Khandelwal
The United States Department of Homeland Security (DHS) has recently accused Da-Jiang Innovations (DJI), one of the largest drone manufacturers, of sending sensitive information about U.S. infrastructure to China through its commercial drones and software. A copy memo from the Los Angeles office of the Immigration and Customs Enforcement bureau (ICE) has begun circulating online more recently, alleging "with moderate confidence" that DJI drones may be sending US critical infrastructure and law enforcement data back to China. However, the bureau accessed "with high confidence" that this critical data collected by the DJI systems could then be used by the Chinese government to conduct physical or cyber attacks against the U.S. critical infrastructure and its population. The memo goes on to specify the targets the Chinese Government has been attempting to spy on, which includes rail systems, water systems, hazardous material storage facilities, and constructio
Next Page 