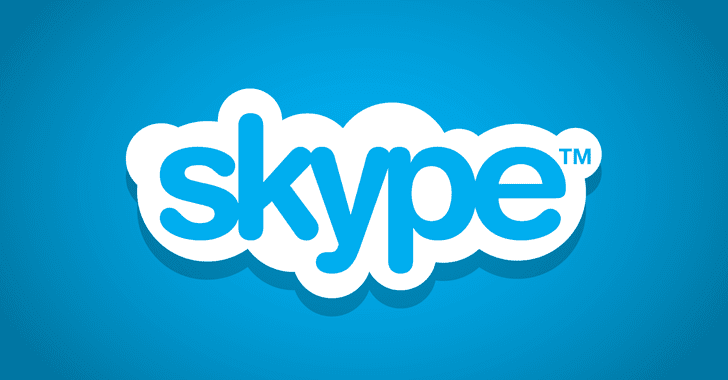 February 14, 2018Swati Khandelwal
A serious vulnerability has been discovered in Microsoft-owned most popular free web messaging and voice calling service Skype that could potentially allow attackers to gain full control of the host machine by granting system-level privileges to a local, unprivileged user. The worst part is that this vulnerability will not be patched by Microsoft anytime soon. It's not because the flaw is unpatchable, but because fixing the vulnerability requires a significant software rewrite, which indicates that the company will need to issue an all-new version of Skype rather than just a patch. The vulnerability has been discovered and reported to Microsoft by security researcher Stefan Kanthak and resides in Skype's update installer, which is susceptible to Dynamic Link Libraries (DLL) hijacking. According to the researcher, a potential attacker could exploit the "functionality of the Windows DLL loader where the process loading the DLL searches for the DLL to be loaded fi

October 30, 2012Mohit Kumar
Last month we reported a worm targeting Skype users with spam messages designed to infect machines with the Dorkbot ransomware has been discovered. This malware is spreading through a question/ phrase sent to the users by someone and the question is: " lol is this your new profile pic? " Same spam now targeting most of the Indian skype users, Indian CERT (Computer Emergency Response Team) issue a warning about this ongoing spam attack via advisory. A number of Indians use 'Skype' to communicate with their friends, relatives and other contacts within and outside the country. " A malicious spam campaign is on the rise targeting Skype users by sending instant message which appears to come from friends in the Skype contact list ," the advisory reads. Security researchers from Avast had intercepted this Darkbot malware campaign, and they estimate that this affecting millions of Skype users. " The worm is reported as stealing user credentials, engaging in click fraud activities

October 08, 2012Mohit Kumar
Security firm Trend Micro discovered a new worm targeting Skype users with spam messages designed to infect machines with the Dorkbot ransomware has been discovered. A malicious worm is taking advantage of the Skype API to spam out messages that link to a ZIP files ie. skype_06102012_image.zip or skype_08102012_image.zip, which is actually detected as Troj/Agent-YCW or Troj/Agent-YDC by Antivirus. According to definition -  Ransomware is a form of malware in which rogue software code effectively holds a user's computer hostage until a "ransom" fee is paid. Ransomware often infiltrates a PC as a computer worm or Trojan horse that takes advantage of open security vulnerabilities. Most ransomware attacks are the result of clicking on an infected e-mail attachment or visiting a hacked website. The message contains the question: "lol is this your new profile pic? h__p://goo.gl/{BLOCKED}5q1sx?img=username" or "moin, kaum zu glauben was für schöne fotos von dir auf deinem
Next Page 
Online Courses and Software