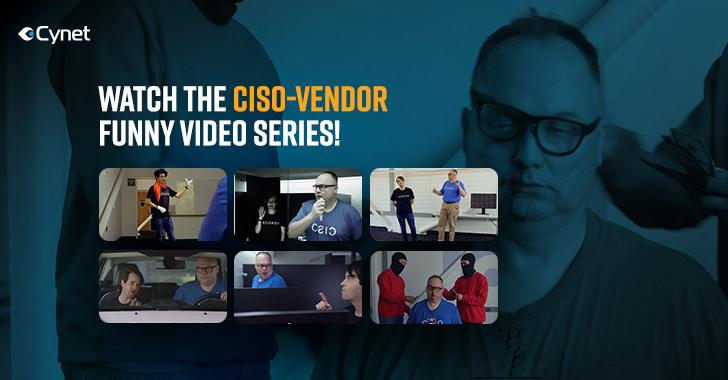 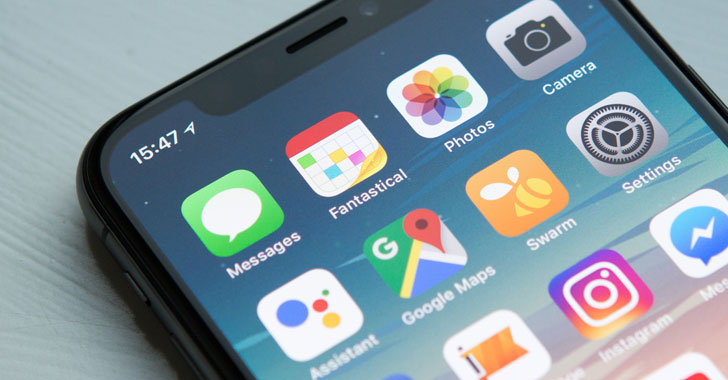 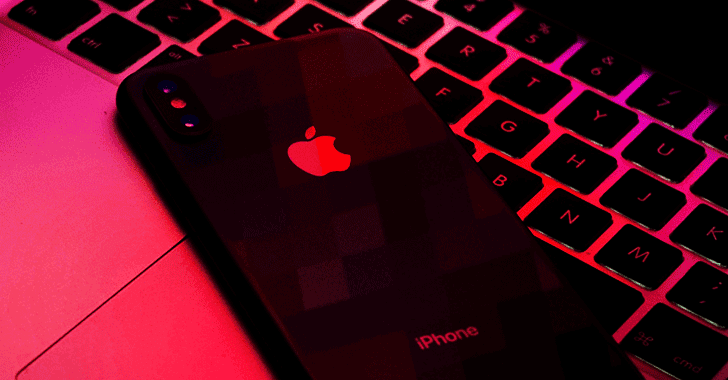 March 26, 2019Mohit Kumar
Apple on Monday released iOS 12.2 to patch a total of 51 security vulnerabilities in its mobile operating system that affects iPhone 5s and later, iPad Air and later, and iPod touch 6th generation. A majority of vulnerabilities Apple patched this month reside in its web rendering engine WebKit, which is used by many apps and web browsers running on the Apple's operating system. According to the advisory , just opening a maliciously crafted web content using any vulnerable WebKit-based application could allow remote attackers to execute arbitrary code, disclose sensitive user information, bypass sandbox restrictions, or launch universal cross-site scripting attacks on the device. Among the WebKit vulnerabilities include a consistency issue (CVE-2019-6222) that allows malicious websites to potentially access an iOS device microphone without the "microphone-in-use" indicator being shown. A similar vulnerability (CVE-2019-8566) has been patched in Apple's Replay 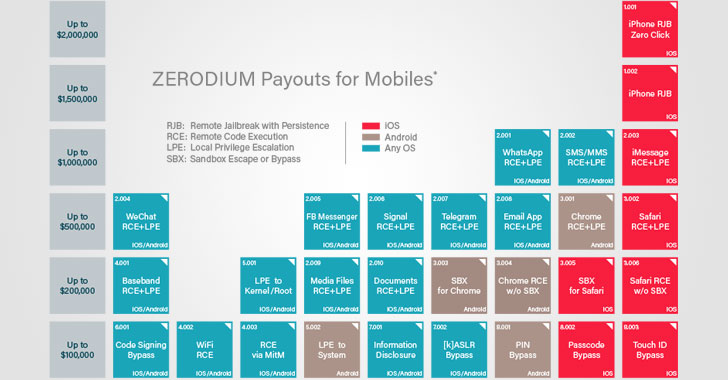 January 08, 2019Mohit Kumar
Well, there's some good news for hackers and vulnerability hunters, though terrible news for tech manufacturers! Exploit vendor Zerodium is now willing to offer significantly higher payouts for full, working zero-day exploits that allow stealing of data from WhatsApp, iMessage and other online chat applications. Zerodium—a startup by the infamous French-based company Vupen that buys and sells zero-day exploits to government agencies around the world—said it would now pay up to $2 million for remote iOS jailbreaks and $1 million for exploits that target secure messaging apps. Get $2 Million for Remotely Jailbreaking An iPhone Previously, Zerodium was offering $1.5 million for persistent iOS jailbreaks that can be executed remotely without any user interaction (zero-click)—but now the company has increased that amount to $2 million. The company is now offering $1.5 million for a remote iOS jailbreak that requires minimal user interaction (i.e., single-click)—the amount h
Next Page 
Online Courses and Software