Jan 29, 2018
More than 2,000 WordPress websites have once again been found infected with a piece of crypto-mining malware that not only steals the resources of visitors' computers to mine digital currencies but also logs visitors' every keystroke. Security researchers at Sucuri discovered a malicious campaign that infects WordPress websites with a malicious script that delivers an in-browser cryptocurrency miner from CoinHive and a keylogger. Coinhive is a popular browser-based service that offers website owners to embed a JavaScript to utilise CPUs power of their website visitors in an effort to mine the Monero cryptocurrency. Sucuri researchers said the threat actors behind this new campaign is the same one who infected more than 5,400 Wordpress websites last month since both campaigns used keylogger/cryptocurrency malware called cloudflare[.]solutions. Spotted in April last year, Cloudflare[.]solutions is cryptocurrency mining malware and is not at all related to network 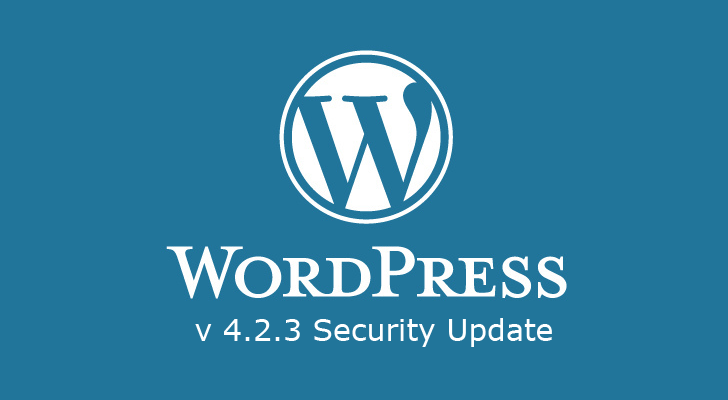 Jul 23, 2015
WordPress has just released the new version of its content management system (CMS), WordPress version 4.2.3 , to fix a critical security vulnerability that could have been exploited by hackers to take over websites, affecting the security of its Millions of sites. WordPress version 4.2.3 resolves a Cross-Site Scripting (XSS) flaw that could allow any user with the Contributor or Author role to compromise a website, Gary Pendergast of the WordPress team wrote in a blog post on Thursday. Cross-site scripting is actually a vulnerability in the Web applications' code that opens up the target website to attacks. The vulnerability is one of the most favorite and commonly used flaws by cyber criminals. According to the company, the vulnerability could allow hackers to embed maliciously-crafted HTML, JavaScript, Flash, or other code to bypass WordPress's kses protection by fooling users into executing a malicious script on their computer system. This, in turn, le 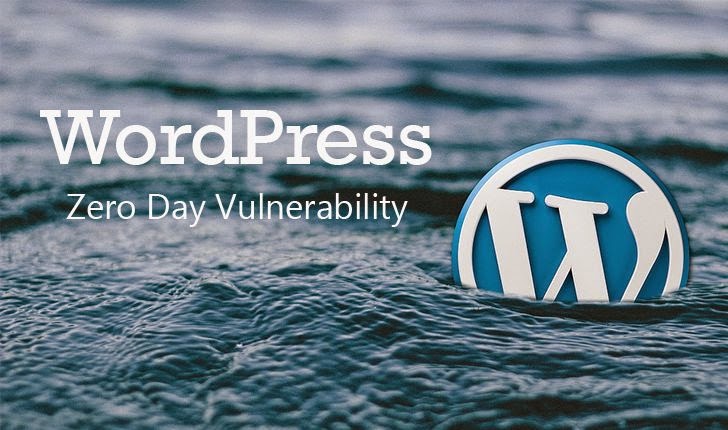 Apr 28, 2015
Most of the time, we have reported about WordPress vulnerabilities involving vulnerable plugins, but this time a Finnish security researcher has discovered a critical zero-day vulnerability in the core engine of the WordPress content management system. Yes, you heard it right. The WordPress CMS used by Millions of website is vulnerable to a zero-day flaw that could allow hackers to remote code execution on the Web server in order to take full control of it. The vulnerability, found by Jouko Pynnönen of Finland-based security firm Klikki Oy, is a Cross-Site Scripting (XSS) flaw buried deep into the WordPress' comments system. The vulnerability affects the WordPress versions 3.9.3, 4.1.1, 4.1.2, and the latest WordPress version 4.2. Pynnönen disclosed the details of the zero-day flaw, along with a video and a proof-of-concept code for an exploit of the bug, on his blog post on Sunday before the WordPress team could manage to release a patch. Why the researcher m 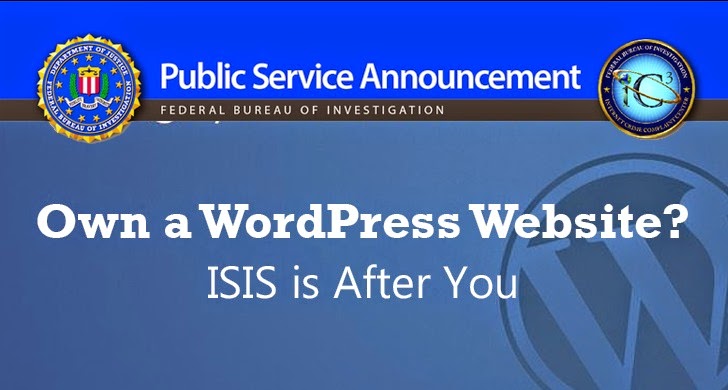 Own a WordPress Website? ISIS is After You — FBI warns

Apr 09, 2015
If you run a self-hosted WordPress website, then you must Beware: "ISIS is after you." Yes, you heard right. The United States Federal Bureau of Investigation (FBI) is warning WordPress users to patch vulnerable plugins for the popular content management system before ISIS exploit them to display pro-ISIS messages. According to the FBI, ISIS sympathizers are targeting WordPress sites and the communication platforms of commercial entities, news organizations, federal/state/local governments, religious institutions, foreign governments, and a number of other domestic and international websites. Targets seem to be random: They are not linked to particular name or business. The attackers are sympathizers and supporters of ISIS (also known as ISIL), not actual members of the terrorist organization. They are mostly unskilled people and are not doing much hard work — Just leveraging known WordPress plugin flaws in commonly available hacking tools. These
Next Page 