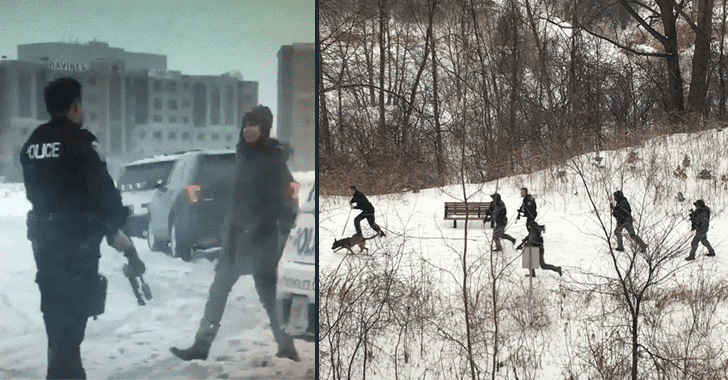 January 25, 2018Wang Wei
As many non-tech savvy people think that Bitcoin looks like a Gold coin as illustrated in many stock images, perhaps these robbers also planned to rob a cryptocurrency exchange thinking that way. All jokes apart, we saw one such attempt on Tuesday morning, when three men armed with handguns entered the offices of a Canadian Bitcoin exchange in Ottawa, and restrained four of its employees. The intruders then struck one of the employees in the head with a handgun, asking them to make an outbound transaction from the cryptocurrency exchange. A fifth employee in another cabin, who remained unseen in an office, called the police before any assets could be taken, and the robbers left empty-handed. One of the suspects arrested later Wednesday after arriving police officers saw him run into a ravine north of Colonnade Road and deployed "extensive resources," including K-9 unit officers, to find him, CBC News reports . "Police are looking for two additional suspects,
Next Page 