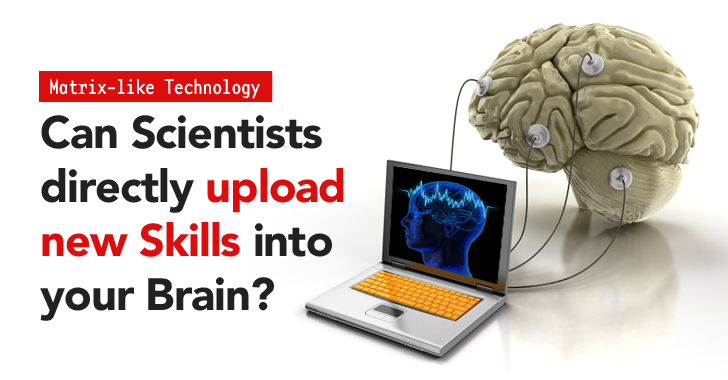 March 03, 2016Swati Khandelwal
Imagine the world where you do not have to make any efforts to learn new skills or knowledge. Just like new programs are uploaded to a Robot to teach them new skills, What if new skills are uploaded to your brain to make you learn, say, playing Guitar, a whole language like French or German or anything else you wish? Do you want a technique, if exists, to make this possible? Of course, YES! Who would not? Now, multiple media channels are reporting that a team of researchers from HRL Laboratories in California has developed a new technology that could be used to feed any skill into the human brain without much effort. But, Is it possible in reality? Let's have a look at what media is reporting and what scientists have actually discovered. Here's what Media is Reporting: Media is reporting that researchers have found a way to "upload knowledge to your brain." Researchers claimed to have developed a simulator that can feed data dire 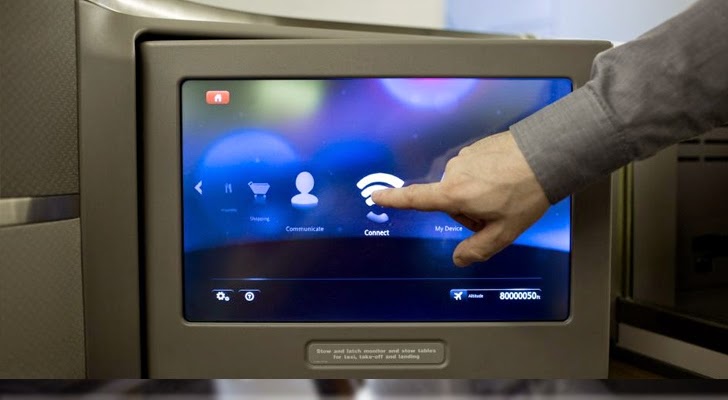 May 17, 2015Swati Khandelwal
A security researcher who was pulled out from a United Airlines flight last month had previously admitted to Federal Bureau of Investigation (FBI) that he had taken control of an airplane and made it fly briefly sideways. Chris Roberts, the founder of One World Labs , was recently detained, questioned and had his equipment taken by federal agents after he landed on a United flight from Chicago to Syracuse, New York following his tweet suggesting he might hack into the plane's in-flight entertainment system. In that particular tweet, Roberts joked: " Find me on a 737/800, lets see Box-IFE-ICE-SATCOM, ? Shall we start playing with EICAS messages? 'PASS OXYGEN ON' Anyone? :) " The federal agents addressed the tweet immediately and took it seriously following the Roberts' capabilities of such hacking tactics. In the FBI affidavit first made public Friday - first obtained by APTN National News - Roberts told the FBI earlier this year about not once, b
Next Page 
Popular This Week
New Wi-Fi Encryption Vulnerability Affects Over A Billion Devices
Install Latest Chrome Update to Patch 0-Day Bug Under Active Attacks
Firefox enables DNS-over-HTTPS by default (with Cloudflare) for all U.S. users
Microsoft Brings Defender Antivirus for Linux, Coming Soon for Android and iOS
New LTE Network Flaw Could Let Attackers Impersonate 4G Mobile Users
GhostCat: New High-Risk Vulnerability Affects Servers Running Apache Tomcat
Google Advises Android Developers to Encrypt App Data On Device
Free Download: The Ultimate Security Pros' Checklist
Exclusive Offers