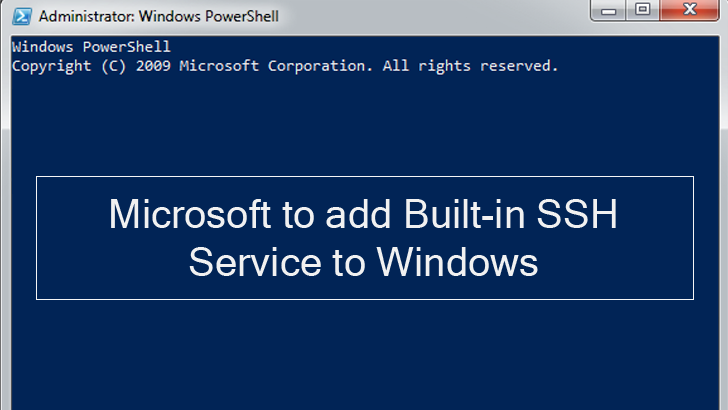 June 03, 2015Swati Khandelwal
Until now Unix and Linux system administrators have to download a third-party SSH client software like Putty on their Windows machines to securely manage their machines and servers remotely through Secure Shell protocol or Shell Session (better known as SSH ). This might have always been an awkward feature of Windows platform, as it lacks both – a native SSH client software for connecting to Linux machines, and an SSH server to support inbound connections from Linux machines. But… Believe it or not: You don't need to deal with any third-party SSH client now, as Microsoft is working on supporting OpenSSH. Yes, Microsoft has finally decided to bring OpenSSH client and server to Windows. The PowerShell team at Microsoft has announced that the company is going to support and contribute to OpenSSH community in an effort to deliver better SSH support in the PowerShell and Windows SSH software solutions. So, the upcoming version of Windows PowerShell – the co
Next Page 