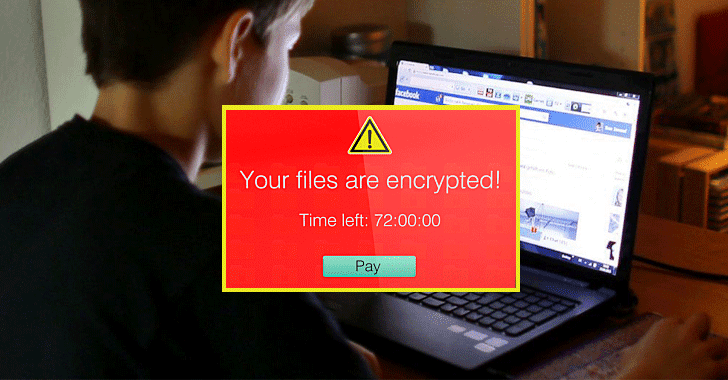 November 25, 2016Swati Khandelwal
If you receive an image file sent by someone, even your friend, on your Facebook Messenger, LinkedIn or any other social media platform, just DO NOT CLICK ON IT. Even JPG image file could eventually infect your computer with the infamous Locky Ransomware . Earlier this week, we reported a new attack campaign that used Facebook Messenger to spread Locky Ransomware via .SVG image files, although Facebook denied this was the case. Now, researchers have discovered that the ongoing spam campaign is also using boobytrapped .JPG image files in order to download and infect users with the Locky Ransomware via Facebook, LinkedIn, and other social networking platforms. Security researchers from Israeli security firm Check Point have reportedly discovered how cyber criminals are hiding malware in image files, and how they are executing the malware code within these images to infect social media users with Locky variants. According to researchers, malware authors have discovered secu
Next Page 